After a humiliating exit from the Uganda Cup last week, the Kabowa based side resumed normal duties in the League, defeating Equator 12-5 in one of the 7 games played on Thursday evening at the International Futsal Courts in Mengo.

Whoever he was not the only one in fine tune as Shafik Avemah also grabbed a quadruple for the log leaders. John Musasizi *2 and Andrew Kayanga scored the other three goals for Yeak.

For Equator who were undone by calamitous defending, Daniel Ssempa *2, Ismail Adan, Ahmed Dahir and Sulaiman Mutyaba, scored their goals.

The convincing victory sees Yeak maintain their 4 point caution at the top of the standings. They have so far accumulated 48 points in 20 games.

Equator on the other hand, are now 9th with 29 points.

In the headline fixture of game week 20, Park ensured they stay in the race for this year’s title, thanks to a 4-3 victory over defending champions Dream.

At halftime, both sides who missed several goal scoring opportunities in the opening minutes were locked at 1-1 with Iddi Babu striking for Park while Swibu Kazibwe replied for Dream.

It was in the second that the goals started going in for fun, Park adding three more while Dream helped themselves to 2.

Park’s second half goals were scored by Joshua Asiku and Francis Matunga *2 while Rayan Mulindwa and Kazibwe did likewise for Dream.

The three points earned see Park maintain second spot on the log with 44 points while Dream fall to 6th with 32 points.

In the day’s opening fixture, Bajim returned to winning ways thanks to a hard fought 2-1 win over Yap Stars.

Ibrahim Kamya got the scoring rolling with a first half goal for Bajim to ensure they go into the break leading 1-0.

In the second half, Bridge Oworinawe equalized for Yap but that only setup the scene for Franco Sunday to score the winner later on.

Bajim who came into the game on the back of two consecutive defeats, remain 7th on the standings with 32 points while Yap are still rock bottom on 6.

The most entertaining game of the evening saw Typhoon power their way past Crown 3-2 in a contest that had each side lose a player to a sending off. 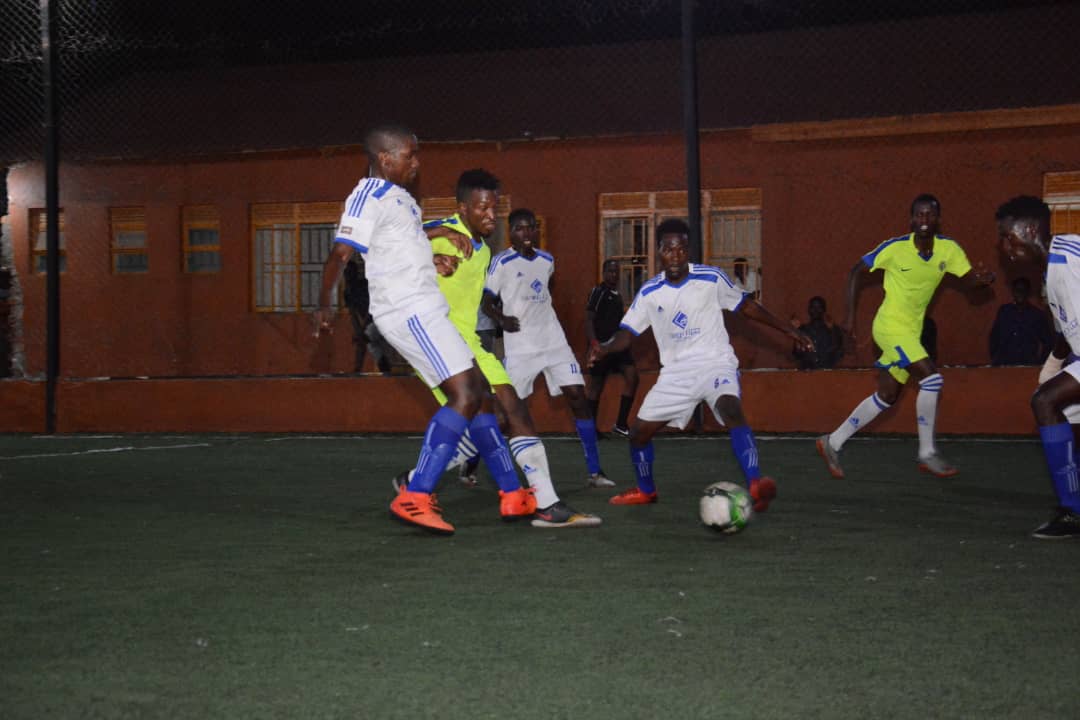 Typhoon who had Ronald Ssempijja given his marching orders, led at halftime by a single goal off David Kiwanuka’s long range strike but would have to work hard for the three points in the end.

Crown who would later see Ismail Kaire sent off, scored two goals at the start of the second half with Abdulkadir Ali grabbing a brace but it was not to be their night as Typhoon returned the favour with two goals of their own to win it 3-2 in the end.

In the other games played, Nomad humbled Parakeets 3-0, Elephants defeated Kabowa United 4-3 and Mengo City came from 4-1 down to take care of Aidenal 8-4.