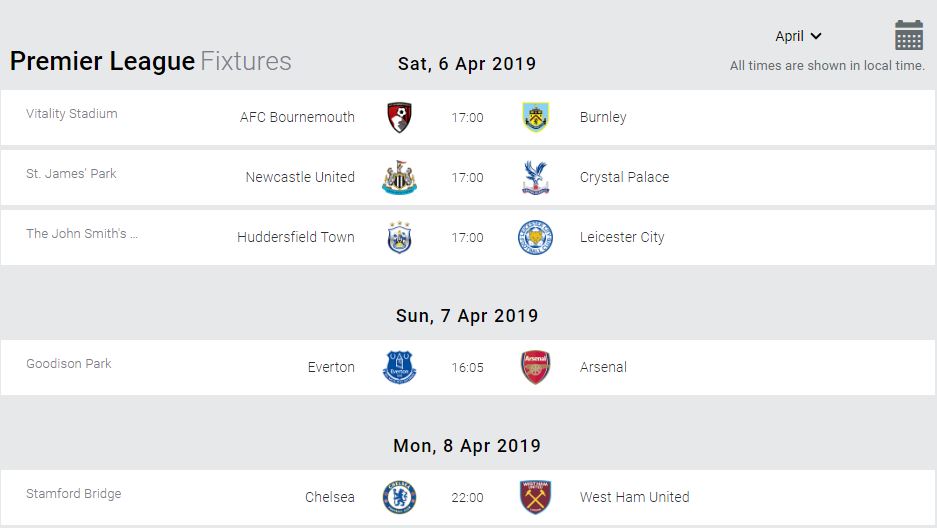 Bournemouth defender Adam Smith could be involved on Saturday for the first time since suffering a thigh strain four weeks ago. Steve Cook, Andrew Surman, Simon Francis and Lewis Cook all remain out.

Burnley manager Sean Dyche may opt to name the same side which began the 2-0 win against Wolves. Striker Peter Crouch missed that game following an appendix operation and is still out, while Aaron Lennon and Steven Defour are also sidelined.

Burnley have won three of the five Premier League encounters, including a 4-0 victory when the sides met at Turf Moor on 22 September. The Clarets can complete a league double against Bournemouth for the first time since the 1999-2000 season, when the sides were in the third tier. The five previous top-flight meetings have produced a total of 18 goals.

Huddersfield trio Terence Kongolo, Philip Billing and Matty Daly are all doubts due to a combination of injury and illness. Jason Puncheon is available, having been ineligible last weekend, while Laurent Depoitre and Isaac Mbenza are back in training.

Leicester manager Brendan Rodgers has no fresh injury concerns. Harry Maguire is available after a ban, although his replacement Wes Morgan has scored in consecutive games.

Huddersfield Town have lost nine of the past 10 league meetings, drawing one and conceding 28 goals overall. Leicester City have scored in all but one of the last 21 league meetings.

Newcastle are boosted by Fabian Schar’s return following a two-match suspension. Isaac Hayden, Mo Diame and DeAndre Yedlin all face fitness tests ahead of the game with Jonjo Shelvey and Ki Sung-yueng on standby to deputise.

Crystal Palace are likely to recall Andros Townsend, who returned from a hand injury as a substitute at Tottenham in midweek. Central defender Mamadou Sakho remains the Eagles’ only certain absentee.

The increasingly tight race for a top-four place continues for Arsenal with a trip to Merseyside to take on improving Everton.

Arsenal are the only Premier League side without an away clean sheet this season. They could concede a goal in 15 consecutive top-flight away matches for the first time since February 1985. The Gunners are winless in all five matches at top-half teams in 2018-19. They have already matched their total tally of 63 points from last season with seven games left. Alexandre Lacazette has scored 27 Premier League goals but only seven have come away from home. Pierre-Emerick Aubameyang has been involved in a league-high six goals as a substitute, despite making just five appearances off the bench. Aaron Ramsey has scored six goals in his last five Premier League games against Everton, his best overall return against any team.

Arsenal have several selection concerns, with Granit Xhaka and Laurent Koscielny both injury doubts and Lucas Torreira suspended. Aaron Ramsey is available after being substituted with a groin problem during Monday’s win against Newcastle.

Everton could lose five consecutive Premier League matches against Arsenal for the first time in 19 years. Arsenal’s 97 wins in this fixture is an English league record for one side against another. The Gunners have scored 107 goals versus Everton, a Premier League record against a single team. Everton’s two victories in the past 23 Premier League meetings came at Goodison Park in 2014 and 2016 (D6, L15).