PML Daily weekly sports round up 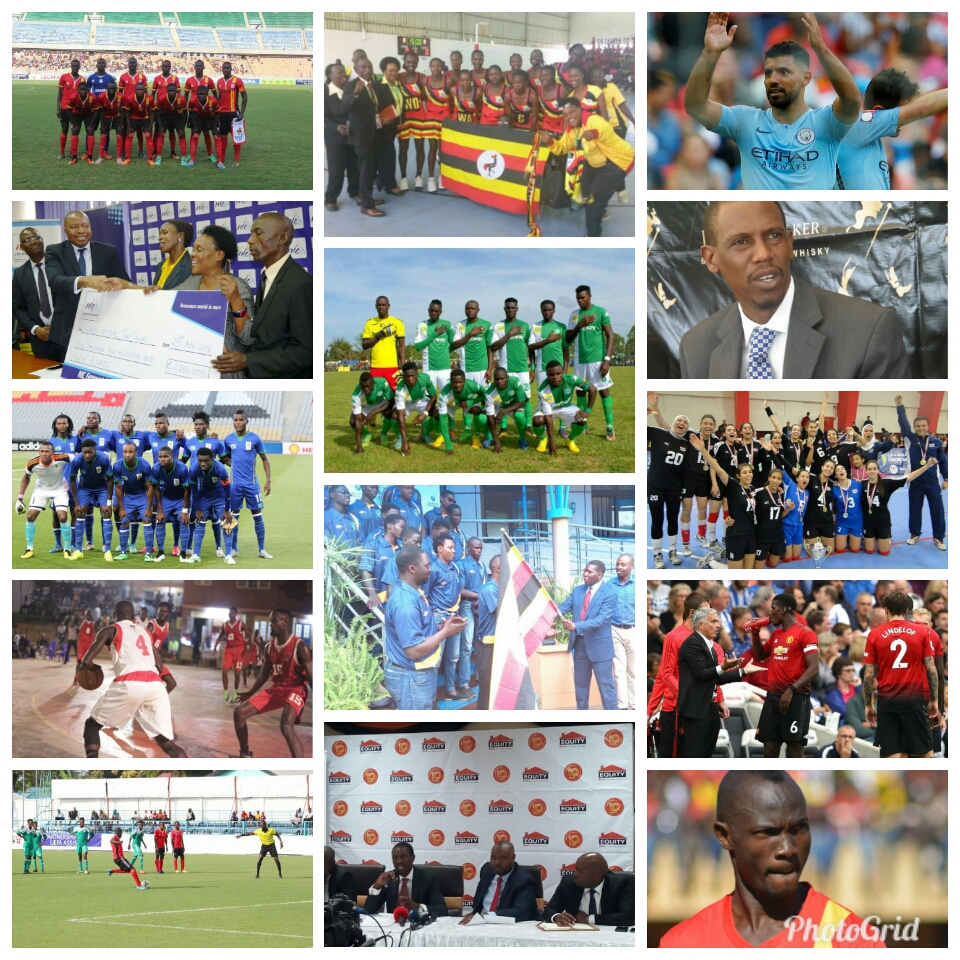 On Sunday-August 19, the Uganda Netball National team, the She Cranes were crowned African champions for the second year running after defeating Zimbabwe on the final day of the competition.

After winning last year’s championship in Kampala-Uganda, the She Cranes overcame their Zimbabwe counterparts 66-51 to ensure that they complete an 100% record in Championships held in Zambia.

On Monday-August 20, with the Premier League already into its week two,  PML Daily football expert Allan Ssekamate took us through the five talking points of week two including a conclusion the Manchester United would not win the 2018/19 title.

Still on Monady-August 20, Eight teams confirmed their participation at the 2018 Women’s U20 African Nations Championship due to take place in Nairobi, Kenya.

The tourney that was last held in 2017 will run for eight days from August 26th and continue to September 2nd, 2018.

Uganda will be part of the tournament which will also see hosts Kenya, defending champions Egypt, DR Congo, Rwanda, Mauritius, Cameroon and Nigeria. Tanzania and Guinea are still pending to take part in the competition.

On Monday-August 20, PML Daily Sports editor Shaban Lubega took us through the 11 outstanding perfomers of game week two in the Premier league.

On Tuesday-August 21, KCCA FC were confirmed to be in the advanced talks to sign former Vipers striker Musa Esenu.

Esenu who had a troubled stay at Kitende ever since he completed a switch from Soana in 2016 is currently on the hunt for a new side. He is now a free agent after receiving a release from FUFA citing a breach in contract from his former employers.

On Tuesday-August 21, Onduparaka FC edged SC Villa 1-0  to book a date with KCCA FC in the inaugural Pilsner super 8 final.

The West Nile based Club won the tie via penalty shots outs 5-4 after a one all draw in normal time to hand Asaph Mwebaze his first victory since taking over.

Onduparaka took a first half lead through  the left back Living Kabon while the visitors equalized with a header four minutes from time thanks to former Proline centre back Savio Kabugo.

Still on Tuesday August 20, Taifa Stars’ head coach Emmanuel Amunike summoned a squad of 25 players that will begin preparations ahead of the 2019 Africa Cup of Nations qualifier against Uganda next month.

Tanzania is expected to travel to Kampala on the 6th of next month to face Uganda and it will be Amunike’s first official competitive game.

On Wednesday-August 22, the Uganda U19 National Cricket team traveled to Nairobi, Kenya to compete at the Global Youth Tournament hosted by Star Field Sports at Ruaraka and Gymkhana Cricket Grounds.

The under-age tournament ran for three days, starting on 22nd (Wednesday) to 25th of this month.

On Wednesday-August 22, the Uganda U17 National team booked a date with host Tanzania in the semi-final of the AFCON U17 regional qualifiers on Wednesday evening.

Peter Onen’s side who went into the last game eyeing three points won it in style as they put eight goals past a hapless Djibouti side at the Chamazi Sports complex.

The Red Eagles who have struggled for years in terms of attracting sponsors have already started ripping dividends from the appointment of new Club Chairman Kiryowa Kiwanuka.

Kiryowa, a grandson to club founder Jolly Joe Kiwanuka was announced as the new club head the past week and he immediately promised to bring on board sponsors to the club.

This followed fragile talks between his former side Gor Mahia and Kaizer Cheifs with both sides bad mouthing one another.

Still on Thursday-August 22, NIC holdings limited, one of the leading providers of insurance and financial services in Uganda announced its partnership with the She Cranes becoming the team’s official partner.

This came days after She Cranes were crowned African champions in Lusaka-Zambia, where they successfully defended the crown they had won last year.

On Friday-August 24, just over 24 hours after signing its first major partnership this season,  Express FC named a new Board of Directors and related new structures for its top Advisory Council.

Still on Friday-August 24, Uganda booked a spot in the final of the 2019 AFCON U17 Regional qualifiers in Friday thanks to a 3-1 win over hosts Tanzania.

The Cranes did not have a smooth ride as they required two late goals to overcome the spirited home side.

The Uganda Cubs raced into an early lead inside five minutes through Iddi Abdul Wahid but the advantage was soon wiped out by Tanzania six minutes later. With 13 minutes of the 90 to play, Alau John Kokas restored purity for Peter Onen’s side and the victory was sealed when Amiri Njiri who put through his own net to ensure the Cranes seal a spirited 3-1 victory.

On Saturday August 25, Pemba Warriors succumbed to a fifth league loss in their last seven outings when they went down 66-70 to Ndejje Angels at the YMCA Court on Friday Evening.

Despite a bright start that saw Warriors lead 15-12 after the first quarter and 39-31 at halftime, Ndejje rallied back to win the last two quarters en route to an 11th victory of the current campaign.

Tags: Weekly sports round up