KAMPALA – KCCA FC striker Muhammad Shaban is edging ever closer to leaving the club barely a year after signing for the Kasasiro Boys.

The hot tempered 20 year old is believed to be on the verge of signing a lucrative deal with a North African club that remains unknown.

He featured for KCCA in their last game against Esperance de Tunis which Mike Mutebi’s men lost 3-2 despite leading 2-0 within the first 25 minutes.

Since the team returned from Tunisia, he has not trained with his peers as he tries to seal the mysterious deal.

“Yes Shaban has not been training with the club because he is trying to complete a move somewhere else, confirmed a KCCA FC official who preferred anonymity.

“The club Chairman flew out of the country yesterday to help facilitate the completion of the deal and i think it will be announced any day this week.

His next destination remains a mystery although sources claim a club in Morocco is most likely to take the Ugandan international but other reports indicate that there is interest from two Tunisian clubs and some in France.

Shaban was the third top scorer in the league last season with 13 goals despite missing several games.

His relationship with KCCA FC head coach Mike Mutebi deteriorated towards the end of last season and resulted in him missing the last games of the season including the Uganda Cup final win over Vipers SC in Bukedi. 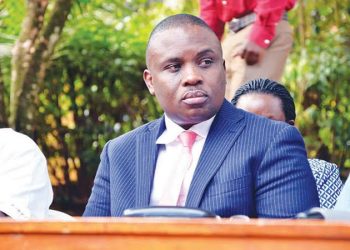