Buganda and West Nile triump as Kampala falls at home, in FUFA Drum

Buganda Province made an upturn in the group B of the competition at the Municipal Stadium, Kabale with a vital 1:0 win over Kigezi Province on Saturday.

Onduparaka’s Viane Sekajugo was the hero on the day when he scored the all-important goal for Buganda Province in the 42nd Minute.

Kigezi’s Ndihabwe David took the Man of the Match accolade despite his Province losing at home.

Buganda moved to 2nd in group B with 7 points ahead of Lango and Kigezi lying in 3rd and 4th places with 6 and 4 points respectively.

Meanwhile, in the same group, leaders Acholi maintained their lead and unbeaten run thanks to a 1-1 with neighbours and rivals Lango Province at Pece Stadium in Gulu. They now consolidate top spot with 11 points from five games.

Police FC’s Ogik Norman scored Acholi’s first on 10Minutes before Amuka Bright Stars’ Okwir Dickens netted the equalizer for the visitors 12 minutes into the second half.

URA FC’s midfielder Hudu Mulikyi of Acholi had the best game performance of the day and was awarded with the Man of the match accolade.

Still on Saturday, Bugisu edged Busoga in Mbale with one goal from Vipers FC’s Alitho James who converted a penalty after he was fouled inside the goal area by Yunus Sabira in the 59thminute.

Alitho went on to win the Man of the match and still leads the scoring chats with eight goals and helped his Province to jump onto the top of the log in group A with 10 points level on points with Busoga but Busisu boost a better goal difference.

Teso are still place despite of their 4-2 win over Sebei away in Kapchorwa with Kirinya-Jinja SS FC striker Musa Esenu scored twice.

Okwi Simon and Sui Micheal netted the other two goals, while Arapkweita Aendrin and Chebet Eric scored what proved to be consolations for Sebei.

On Sunday, West Nile walloped Karamoja at the Barokoro Ground in Zombo .

Onduparaka’s Wahab Gadafi netted a hat-trick in the 6th, 40th and 89th minutes to hand his Province a big win at home.

His club mate Rashid Toha was also on target in the 25th minute and Maroons’ Ivan Wani scored the other.

Raphael Komakech managed to pull one back which turned out to be the consolation for Karamoja Province in the 38th minute.

Gadaffi was also chosen Man of the Match and received his Award and cash prize of 100,000=.

With only one round of action remaining, West Nile at 11points in group D have confirmed their place in the knockout stages with second placed Tooro on seven.

The vibrant performance by Bukedi Province sustained their second position in group C with six points, two ahead of third placed Bunyoro.

Owori went on to win both the 100th goal for the tournament award and Man of the match Prize and received Ush.200,000 from FUFA.

Kagaba was also named Man of the Match after his wonderful performance in the match that helped his Tooro Province move second with 7 points.

Rwenzori Province and Bunyor5o shared the spoils in a goalless draw at Nyakasanga Ground in Kasese.

The draw keeps both Bunyoro and Rwenzori in 3rd and 4th positions respectively.

Rwenzori’s Karim Ramazan received the Man of the Match prize. 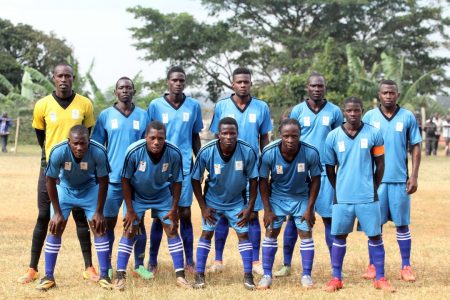 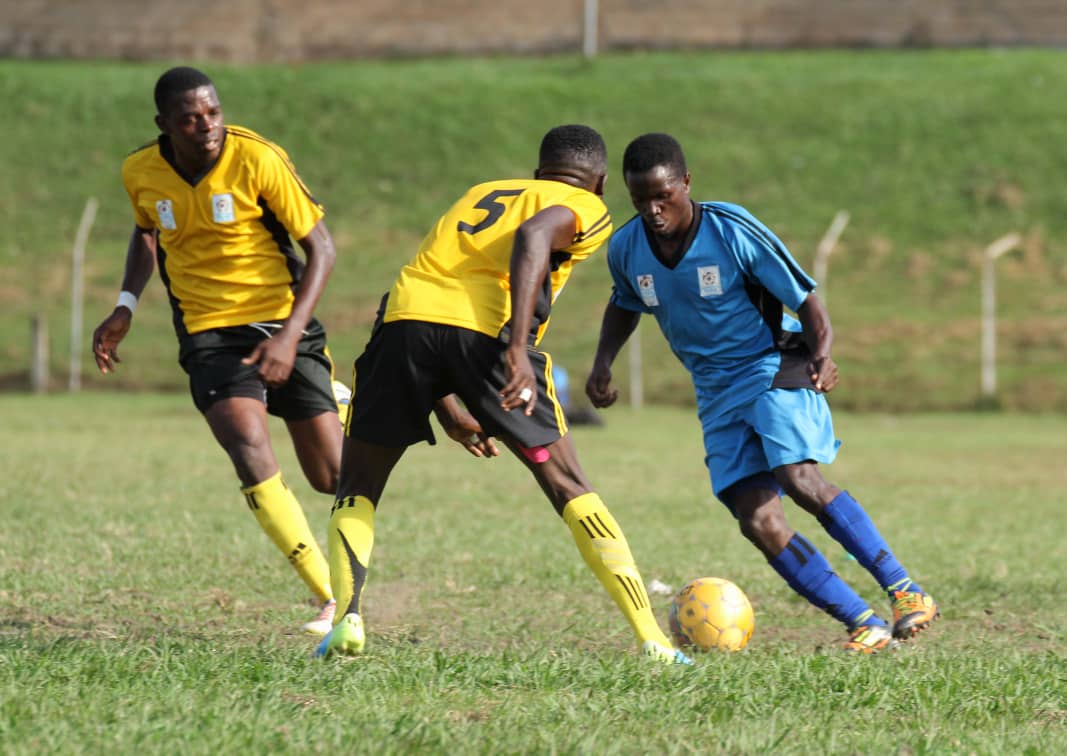 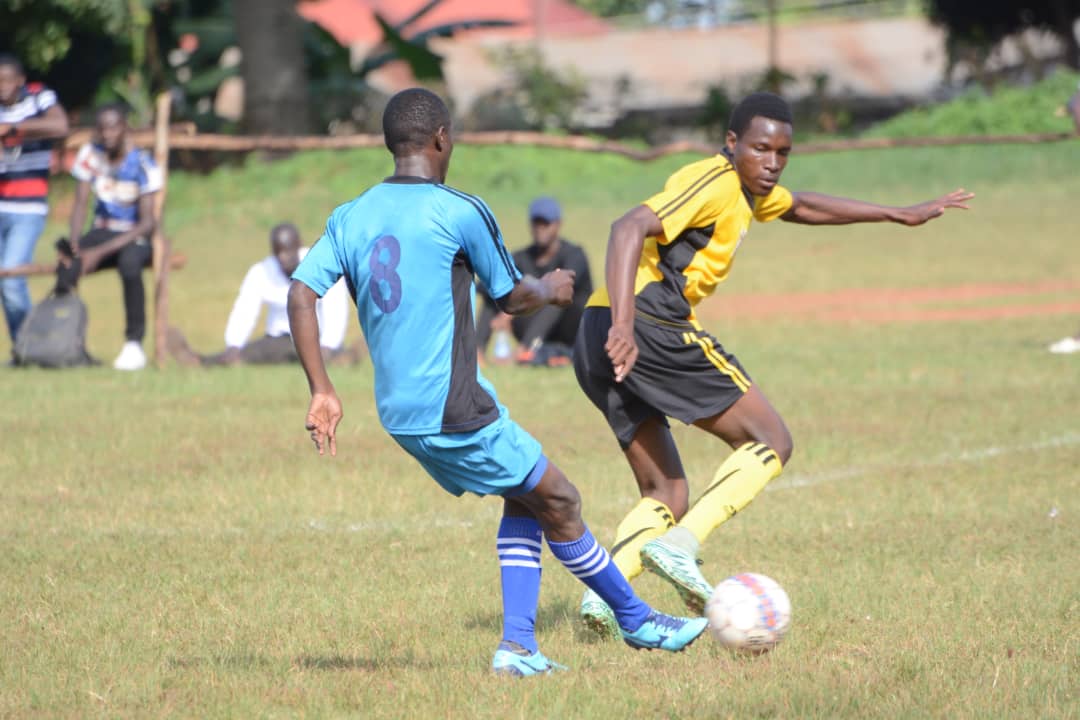 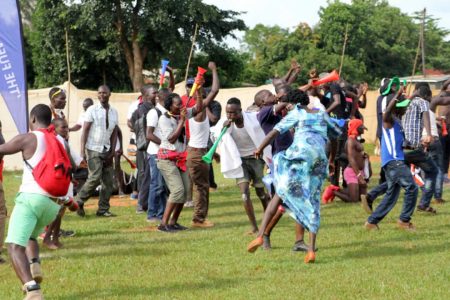 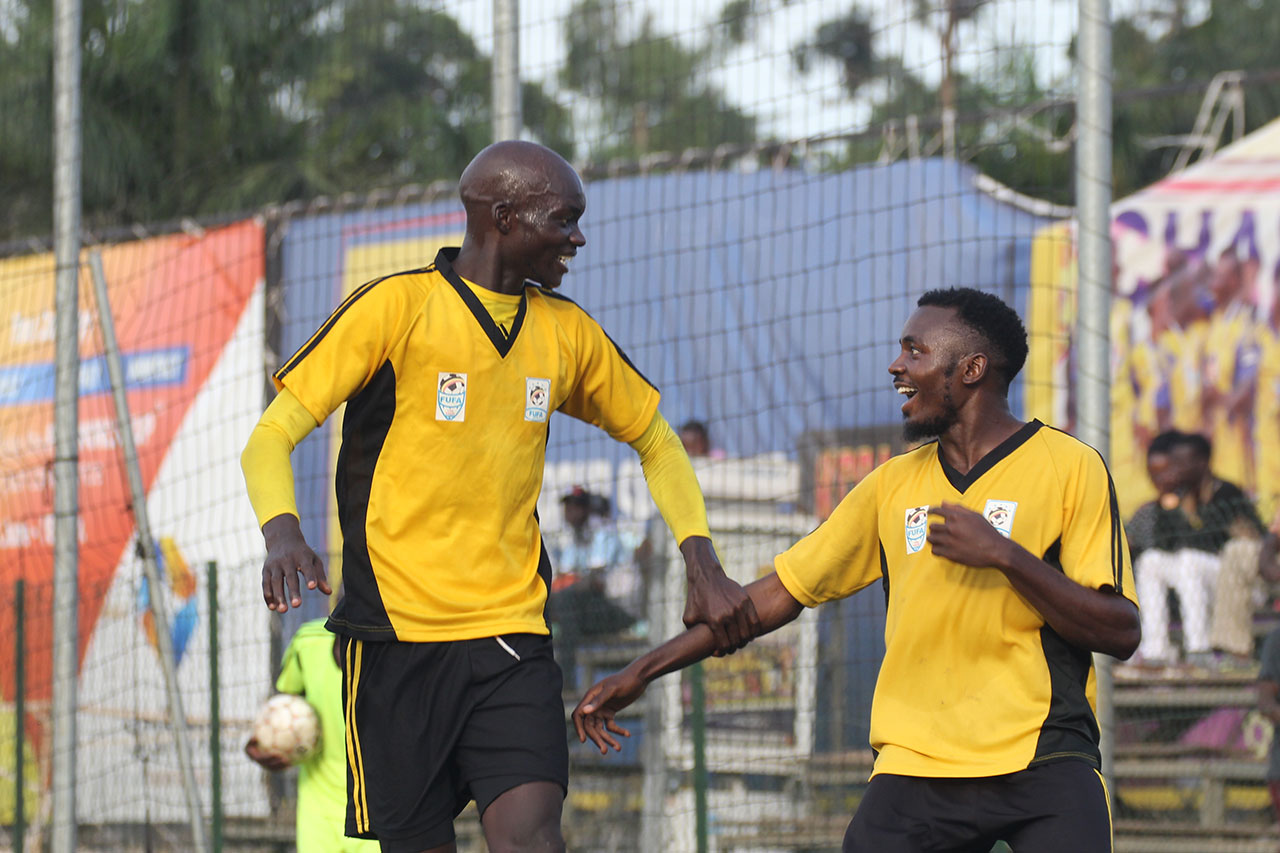