The Uganda U-20 and Women national teams have kick started their preparations for the upcoming AFCON qualifiers and CECAFA championships respectively.

The Hippos who are preparing for their second round of qualification first leg against Cameroon are currently training at the StarTimes Stadium in Lugogo.

The first sessions have seen a low turn up as most of the players are currently with their respective clubs and others still with schools preparing for the upcoming Copa Coca-Cola tournament.

“We have had nice sessions but still missing several players due to different commitments, said Hippos head coach Matia Lule.

“I expect most of them to be available by Saturday so as we resume normally.

The Hippos will be returning to action next Sunday when they host Cameroon at Lugogo.

Uganda defeated South Sudan 8-1 on aggregate including a 5-1 drubbing of the young Bright Stars, at Lugogo in the first leg to progress to the first round of qualification.

Their opponents Cameroon got a ‘By’ to get to this round and it remains to be seen whether the West African’s lack of competitiveness will play into the favor of the Hippos.

Hippos striker Steven Mukwala who plays for Azam Uganda Premier League leaders Vipers SC is the top score for the qualifiers with three goals so far.

For the National women’s football team, the Crested Cranes, they kicked off  preparations yesterday for the CECAFA Women Championship due in Rwanda.

The Crested Cranes who have just been eliminated from the qualifiers of the AFCON tournament by Kenya last month, will take part in the regional championships that start on 12th of May.

They are currently training at Namboole and having double sessions under head coach Faridah Bulega.

“I’m missing eight of my players because of the academic engagements, said Bulega after Tuesday’s evening training session.

“I received communications from them and I allowed them time to concentrate as i will receive them straight after.

Uganda finished fourth in the last edition which was hosted in Jinja.

The Crested Cranes players who attended the double session on Tuesday: 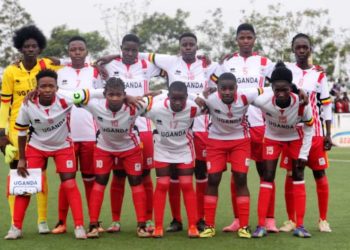 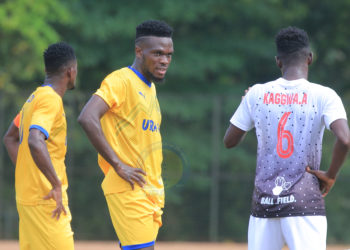 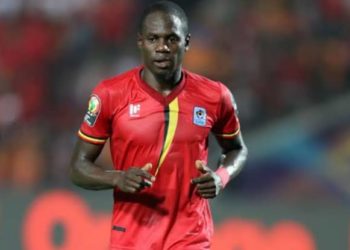