Police out to end poor run against Onduparaka

Police FC will hope to attain a win against Onduparaka for the first time since the Arua based side gained promotion to the top tie.

Abdullah Mubiru’s Police outfit has lost all of their 3 league encounters against Onduparaka.

Police have 5 games left to arrest their alarming slump down the table and patchy form that has seen them lose 6 of their last 10 league games in the second half of the season.

The Cops have only managed two wins since the resumption of the league which have come against lowly sides Express FC (4-3) and Masavu FC (2-1).

Onduparaka go into the game yet to lose a game since the departure of former head coach Livingston Mbabazi and have registered 2 wins and 3 draws.

The caterpillars played to a 1-1 draw with the title chasing KCCA in their previous league encounter courtesy of a Vianey Sekajugo header in the later stages of the game.

Police succumbed to a 3-1 defeat at the hands of relegation threatened Proline FC at Lugogo in their most recent league game.

Onduparaka will look up to Vianey Sekajugo who has elevated himself to the club’s go to man role scoring 6 goals, four of which have come in the last 4 games.

Kabon Living returns into the Onduparaka fold after spending the better part of the season on the sidelines. Midfielder Rajab Kakooza is ruled out of the encounter.

Defender Ibrahim Kibumba is the only ruled out player for Police currently serving suspension.

Abdallah Mubiru will rely on Norman Ogik, Pius Kaggwa, Ben Ocen and Juma Balinya if at all he stands a chance to earn the all 3 points.

Police who sit 7th on the log can move to the 6th place leapfrogging Maroons should they emerge victors from the clash at Namboole.

Onduparaka managed a double against Police FC last season winning 2-1 at Greenlight stadium in Arua, and 2-0 at Phillip Omondi stadium in the return leg. 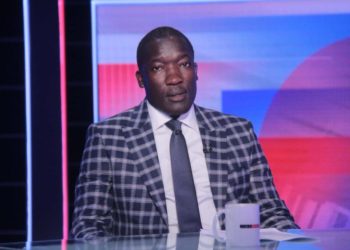