Gambling company  BetWay has today morning extended its association with the National Pool league by a further one year.

This was at a press conference held at Hotel African on Thursday morning where the two parties signed a one year sponsorship deal worth 100 million Uganda shillings.

Speaking at the event, BetWay regional manager Agaba Adela lauded the Pool Association of Uganda(PAU) for their level of professionalism throughout the time that they(BetWay) have worked with them(PAU).

“We want to appreciate the Pool Association of Uganda (PAU) for the continued level of professionalism that they have exhibited for the time we have been working together, Adela said.

“We have extended our association because we still want to work with you and hopefully, we can stay as long as possible to see the game reach heights that are only imaginable at the moment.

“To the administration, players, umpires and fans-we owe a great deal as your sponsor and we shall continue to work with you for the development of Pool across the country.

“We would also like to thank the media for continuing to cover the BetWay Pool league extensively, along with our other sponsored teams, concluded Adela.

The Sponsorship will cover all the three major leagues in the country including the Senior League, League One and that of the Ladies.

This will in turn represent a total of 30 clubs across the country and cover over 350 Pool players.

The partnership between the two parties has seen the achievement of several goals including the increased prize money for top performing clubs and the improved facilitation of the league in terms of Umpires and media coverage.

This association has also helped promote the game with more teams motivated to participate due to the rewards that come with the sponsorship.

On top of all that, the level of competition that is now exhibited in the league with teams targeting top spots has also increased as the higher you finish, the more money you earn. The competition has not only stopped at the clubs’ level but also gone to the individuals hence strengthening the national team in process.

The BetWay sports development project in Uganda has also continued to be appreciated through this partnership along with improvement of the image of the federation/association its self.

Skin Samona Pool club is currently leading the standings in the Senior league with six points having won both their fixtures this season.  Shooters and Atagenda Pool clubs are still bottom of the pile as they are yet to play  a game this campaign.

The league one is yet to kick off but in the Ladies category, Skin Samona are also on top there with two wins from the two ties played while Scrap Buyers are rooted at the bottom.

BetWay is also the official sponsors of several other sporting teams in the country including Onduparaka FC of the Azam Uganda Premier league, BetWay Power of Basketball, BetWay Kobs in Rugby and UPDF Boxing team. 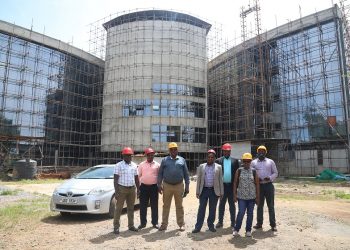