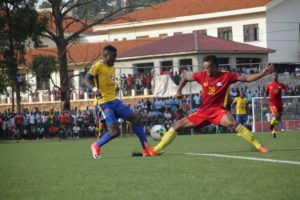 KCCA FC continued their fine record at home as they defeated Madagascan side CNaPS Sport 1-0 to advance to the next round of the CAF Champions league.

Having lost 2-1 in the first leg, KCCA came into the game knowing only a single goal at home would get the job done.

Both teams started the game slowly as there was limited goal mouth action.

CNaPS got the first real chance of the game when striker Francis Rafaralahy broke through on goal but his shot was denied expertly by the on rushing Charles Lukwago who parried the ball into a corner.

KCCA’s first sight of goal came on 28 minutes when Derrick Nsibambi tied up Paul Mucureezi but the midfielder shot wide from inside the area. 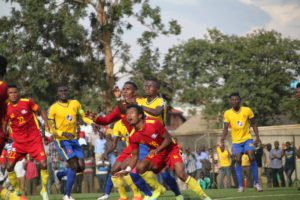 KCCA FC will take on Ethiopian side St. George in the next round.

As the half wore on, teenage sensation Allan Okello shot straight at the keeper after excellent build up play involving four KCCA players.

One minute into the second half, KCCA coach Mike Mutebi brought on striker Shaban Muhammad and his side started exerting authority by dominating the play near CNaPS’s area hence relentless pressure.

The pressure finally told in the 63rd minute when Paul Mucureezi connected excellently with a Mustapha Kizza corner to head the hosts into the lead.

CNaPS launched a late charge to try and rescue the game and had a goal disallowed for offside when Rafaralahy headed in from close range but the linesman deemed him to have been standing behind the KCCA defensive line when the ball was played.

The Madagascan side had one more chance in added time but Lukwago pulled off a stunning save after Lalaina Jacquot glanced a header in the top right corner.

“We wasted the chances we got especially in the first half and they punished us later.

“I don’t think KCCA was the better side but they were lucky because they scored.

“They are not that offensive a side and used a set-play to win the game.

“We played a very good game against a side that knows how to use the ball well.

“It was that match of football where the players’ intelligence is put to test and i think my players passed the test.

“We did not utilize the ball to the maximum in the final third and a will work on that before the next game.

KCCA FC will now take on Ethiopian side St. George in the next round of the CAF Champions league.

The first leg of that game will be played on a date either 5th, 6th or 7th of March. 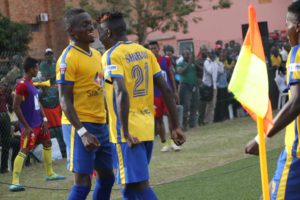