The Uganda National Boxing team, the Bombers have today, Monday,  started non-residential training as they prepare for the upcoming Commonwealth games that start April 4, in  Australia.

The Bombers have been boosted with equipment they are required to use while training by Street Finance, a microfinance company.

Speaking at the event, Street Finance representative Esther Olivier Nampima thanked the Federation for the opportunity to partner with boxing. “We as Street Finance we are very happy to be part of this and thank the federation for enabling the partnership,” Nampiima said, adding: “We believe in boxers and that is why we have come to be part of this project and do what we can as well wishers.”

She said that they gave the equipment to help boxers achieve their desired goals and also called upon all other companies to come on board and sponsor the Bombers.

The non-residential training camp at Lugogo will last for 14 days and will have either morning, evening training sessions daily or both.

Currently there are 27 boxers who were summoned but the number will be trimmed to that that can be facilitated by the government.

“At the moment, we have around 27 boxers but we will cut off a few and we remain with a smaller number which will be facilitated fully,2 Muhangi said, adding: “We would have loved to take all of them to the Commonwealth but it is not possible financially.

Seventeen  boxers attended today’s morning session at Lugogo and the rest are expected later in the day. 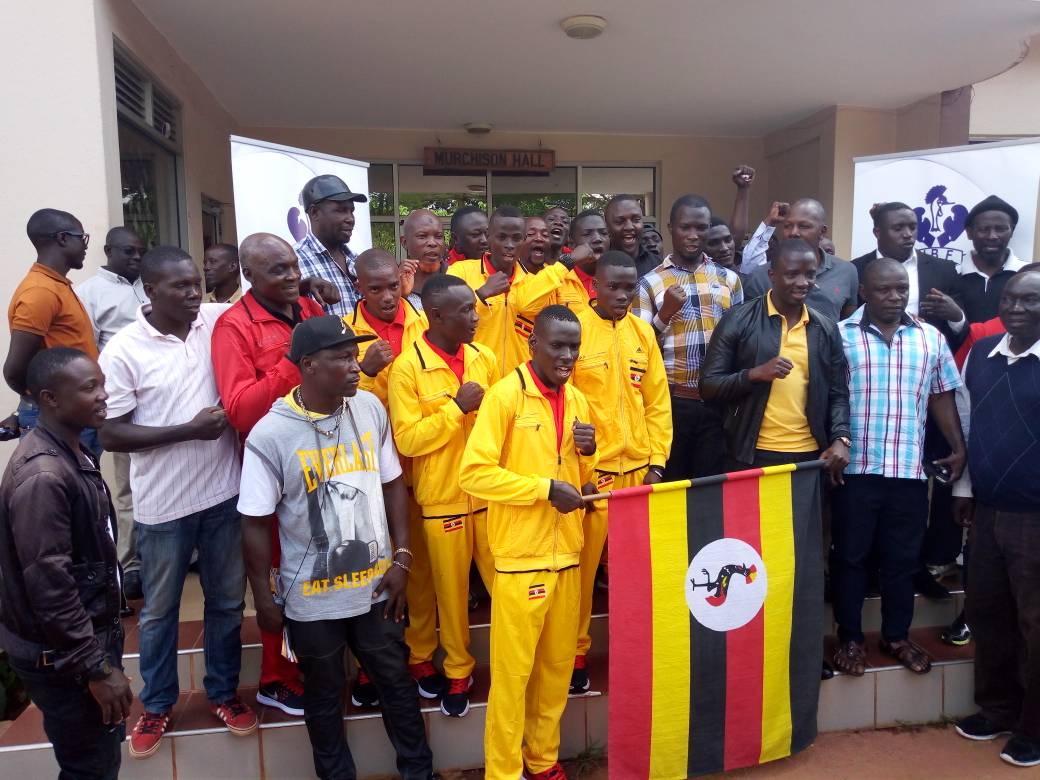