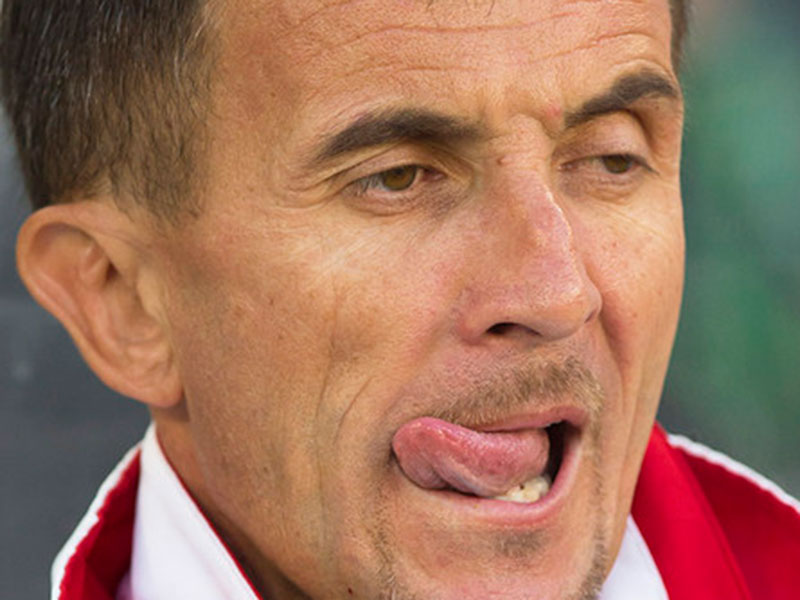 FOOTBALL–Fufa on Wednesday gave the clearest indication yet that they are ready for life without Serbian coach Milutin Micho Sredojevic by making inquiries about a Belgian tactician.

Fufa president Moses Magogo had promised on Wednesday while at the Uganda Premier League awards that the national football team Cranes, would have a coach by the time they play Egypt on August 31 in a World Cup Qualifier.

News filtering through from South Africa indicates the uganda football authorities have sounded out Belgian Luc Eymael over replacing Micho who was appointed in May 2013.

“They [FUFA] already contacted me yesterday [Wednesday], in case of separation with ‘Micho’ [Sredojevic but it’s not yet done with ‘Micho,'” Magogo said.

“If they asked for my file [CV], it is for that [head coach] and not to pump balls. I can’t say more than what I just told you, [because] Micho’s separation is not yet finalised with Fufa.

“My file is there [with FUFA], like I told you. It seems they are interested, but I can’t say more now,” the 57 year old Eymael is quoted having told South African website Kickoff.com.

Eymael holds a UEFA Pro Licence in addition to a Caf A license and has been in charge of South African topflight club Polokwane City.

The widely travelled Belgian has coached on the continent since 2010 having first taken charge of Congolese side AS Vita in 2010.