NWOYA. The second edition of TOTAL E&P Uganda mini-football league kicked-off in Nwoya District today with eight teams from Purongo and Got-Apwoyo sub-counties competing in a series of knock-out games.

The mini-football league kicked off with Aparanga and Patira FC facing off at Purongo Primary School playground in Purongo sub county. The district chairman, Patrick Okello Oryema, officiated at the match as a chief guest.

Thirty-eight teams participated in the qualifier matches organised by Nwoya District Football Association out of which eight teams qualified to take part in the final games. The other participating teams are Protouch, Got Ngur, Tee-Acam, Super Villa, The Crane and Lion Power.

The final game of the TOTAL mini-football league will be played on July 1.

According to Godfrey Lukwago, TOTAL E&P Uganda social investment and education officer, the mini-football league in Nwoya and Buliisa districts have promoted better understanding and strengthened relationships between TOTAL and the community as well as the local authorities of the two districts.

“Organising these events give us an opportunity to interact and exchange views in order to understand each other and live in harmony with our neighbours in the community as well as with the authorities of Nwoya and Buliisa districts,” Lukwago said.

“The mini-football leagues are also our contribution toward the development of talents among young people within the community where we operate, in addition to our education programmes. It is a sign of our long term commitment in Uganda.”

Total’s operations in exploration area one mainly encompass the districts of Nwoya and Buliisa.

In preparation for the games, Total E&P Uganda rehabilitated two football grounds at Got Apwoyo and Purongo primary schools to enhancing the capacity of the schools to provide better sports facilities to the youth to continuously build their talents.

Gen Kayihura speaks, 'shocked' by speculation on his health 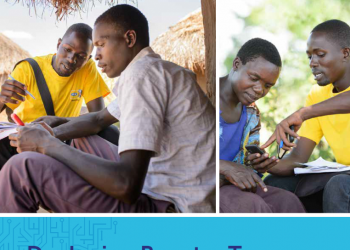