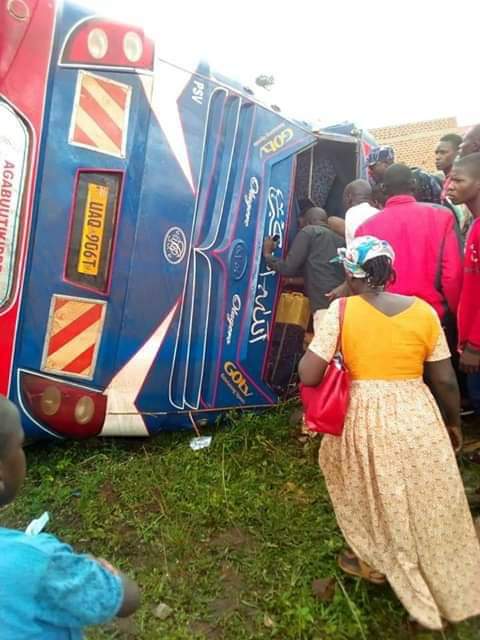 IGANGA – Two people died while 45 others were rushed to sustained serious injuries when the bus they were travelling in lost control and overturned at Busei B village, three kilometres along the Iganga-Bugiri highway.

The accident happened at around 5.10 pm on Monday when the bus registration number UAQ 906 T which was heading to Mbale from Kampala lost control and overturned several times.

One of the dead was identified as Sakiya Awanda a resident on Wanale Division in Mbale Municipality while another was a woman whose identity is yet to be known.

The two were seated in the co- driver’s seat in a bus that was headed to Mbale.

The injured were rushed to Iganga main Hospital. 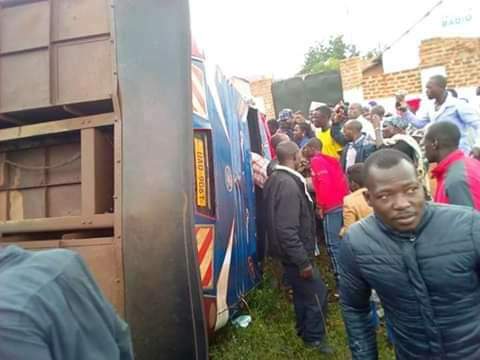 The spot where the accident occurred has a sharp bend that has lately became a black spot to most of road users.

By press the wreckage of the bus had just been taut to Iganga Central Police Station while one of the deceased had been handled over to the relatives for burial.

The medical workers had a time as they moved up and down trying to identify the injured people while others blocked members of the public who wanted to forcefully access the room.