KAMPALA – The Global Social Economy Forum has called on the Speaker of Parliament to spearhead the enactment and strengthening of laws promoting social solidarity economies.

Laurence Kwark, the Secretary-General, Global Social Economy Forum said on Thursday that there are several social solidarity economies in Uganda but they require a law recognizing them, thereby ensuring their sustainability.

“When such enterprises are certified by the government, they can access government support. Favourable legal frameworks and laws give them recognition and encourage other economic actors to join,” said Kwark.

The social solidarity economy is a concept, which focuses on promoting small and medium enterprises mostly in the informal sector as a means of reducing unemployment and as such include, cooperatives and savings groups, as well as community-based organisations.

She said that the initiative has been recognised by the United Nations and most governments which have designated a number of enterprises that are working for social and economic objectives.

“It is a real strategy to build safer and more inclusive economic environments. It has been recognised as one of the strategies which can be used to achieve the Sustainable Development Goals,” said Kwark.

Kwark, together with the Mayor of Nakawa Division, Ronald Balimwezo Nsubuga, made the call during a meeting with Speaker Rebecca Kadaga on Thursday, 22 August 2019.

“Social and solidarity economy is employing over 60 percent of the population in Korea,” said Balimwezo.

Kadaga welcomed the initiative and said that she would consider a benchmarking visit to countries where it has succeeded.

“One of the countries in Africa where the social economy has worked is Kenya. Their cooperatives are successful,” Kadaga said.

She added that Parliament will discuss ways of improving the existing social solidarity economies and encourage people to invest in such enterprises.

COVID-19 CRISIS: Parliament calls for declaration of state of emergency 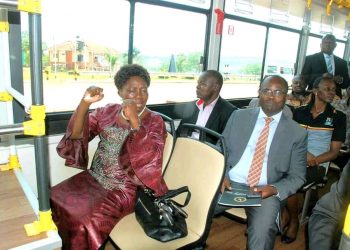