KAMPALA – The Court of Appeal has ordered the officer in charge of Luzira Upper Prison to present and explain on Tuesday, August 27, why Tabliq leader, Amir Hakim Kinene is still held in prison two years after he was acquitted of terrorism charges in 2017.

Deputy Chief Justice Alfonse Owiny-Dollo gave the same order to the Director of Public Prosecutions (DPP) to explain the circumstances under which they are holding a person without a court order.

Kinene was among the eight suspects who were acquitted in 2017 by the International Crimes Division of the High Court of terrorism and the widespread murders of Muslim clerics that rocked the country between 2015 and 2016.

The court order was issued at the hearing of Shiekh Kamoga’s appeal challenging the 2017 conviction and life imprisonment sentence that was handed to him by the International Crimes Division (ICD) Court.

In August 2017, Sheikh Kamoga and 5 other people were convicted on the charge of terrorism after court dismissed offences of murder of Sheikh Mustapha Bahiga and Sheikh Hassan Kirya and attempted murder of Sheikh Haruna Jjemba.

Justice Dollo, Elizabeth Musoke and Barishaki Cheborion heard the appeal in which the Muslim clerics are faulting the High Court justices; Ezekiel Muhanguzi, Jane Kiggundu and Percy Tuhaise for making a wrong decision.

Through Muwema and Company Advocates, they contend that reasoning for acquittal was based on inconsistencies in the evidence adduced by prosecution against all the accused persons but the court the same evidence useful in the charge of terrorism.

Fred Muwema, one of the lawyers for the clerics asked the appeal court to quash the conviction and sentence reasoning that all 36 prosecution witnesses were accomplices to the appellants since they attended several meetings.

He argued that the High Court convicted the group because of verbal utterances they made, which the lawyers say were only statements of Muslim wrangles over which the court had no authority to resolve.

According to Muwema, the high Court judges failed to properly evaluate evidence on the record and apply it to the law relating to terrorism. 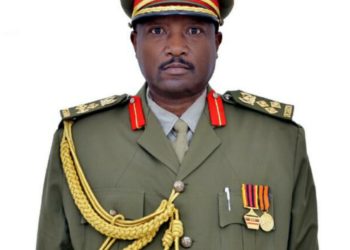