“When in the field don’t cause friction with opposition people,” said Gen Muntu.

He made these remarks in his speech at Jobiah Hotel in Mukono district at a recruitment meeting that was targeting new party members.

Gen Muntu said that the ANT party which was registered in April is trying to establish itself at the grassroots in the 21 subregions within the country before aiming for higher positions.

“We are visiting all the 21 subregions in Uganda to meet with all those intending to contest for the elections in the ANT party at the grassroots,” said Gen Muntu.

He urged his party members not to fight back no matter the situation.

“Even when you are being disrespected don’t fight back,” he cautioned.

“The only way to win people over is through persuasion and not fighting them,” he advised.

However, some of the members raised their challenges citing that it’s difficult to convince other people to join the party especially since they are not aware of the party’s plan after elections.

Ms Esther Nakalya from Buvuma district said: “People are scared of leaving their political parties to join ANT because they are afraid that the party might as well disappear at the end of the elections like Go Forward did.”

Ms Nakalema said: “I would like to see more women on the board of this party compared to other parties.”

The Coordinator of ANT Women’s league Ms Edith Grace Ssempala said that the party is there to involve women into politics, unlike other parties.

She, therefore, urged women to join the party in large numbers.

“Women come and join us, join a party that has values, believes in women, believes in strong institutions,” she added. 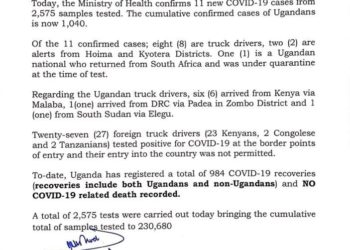