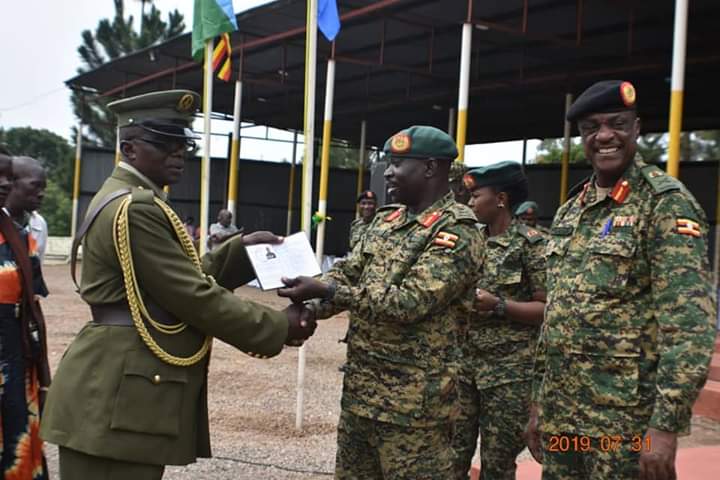 KAMPALA – A total of 756 Officers and Militants of the Uganda Peoples’ Defence Forces (UPDF) have Thursday, July 31 retired from active military service.

The Officers between the ranks of Private and Colonel were retired in eight centers across the country.

Another 101 personnel were retired in 4th Division in Gulu, 28 in 5 Division based in Pader, 09 in Masindi, and 28 of them attended their retirement ceremony in Nakasongola Cantonment. 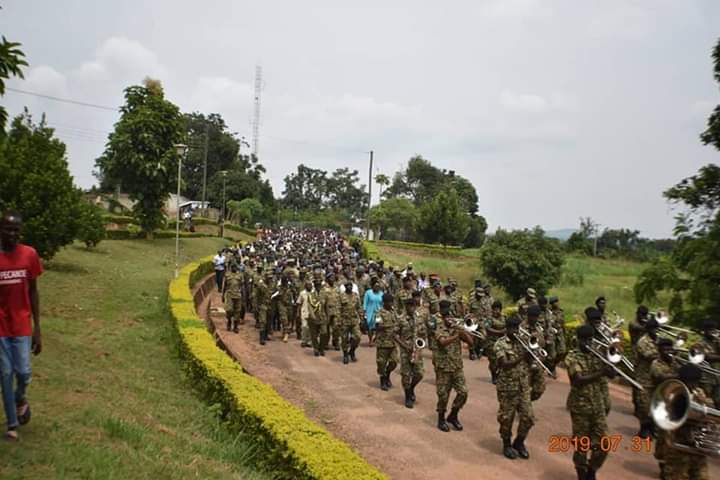 The biggest number of the retirees, 341, were seen off in a ceremony held at Land Forces headquarters in Bombo. The Commander Land Forces (CLF), Lt Gen Peter Elwelu presided over the Bombo function.

He commended the retirees, most of who joined the National Resistance Army liberation struggle, for the selfless service they rendered to their motherland Uganda which has seen the country attain sustainable peace from an initial situation of hopelessness.

He told the retirees that the struggle has not yet ended and their input is very vital. He urged the retirees to continue contributing to the development of Uganda in their respective societies.

“Yes, we now have the peace but that is not all we fought for. We still need to see our people prosper. You should continue exercising your patriotic spirit for the good of our people by enlightening them to take advantage of the peaceful environment we have in order to prosper. There is no better time to champion societal development than when one is retired.” Gen Elwelu said. 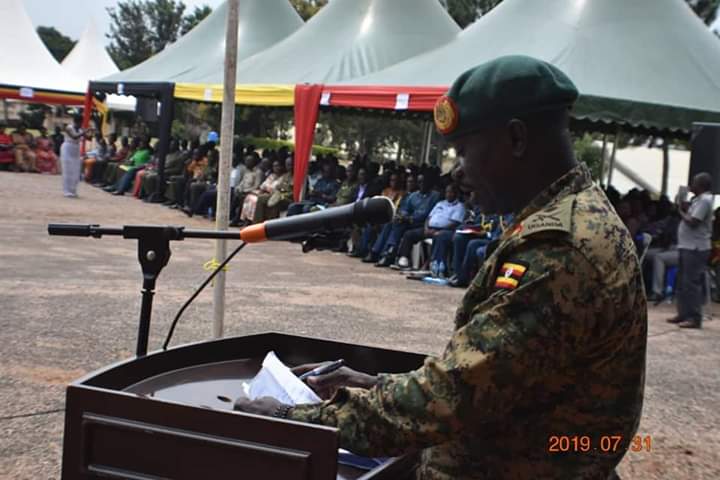 He urged the media to also join the struggle in transforming Uganda.

“The media can be an important partner in the transformation of a society. They should, therefore, engage in the promotion of unity, peace and hard work rather than promoting hatred, chaos and societal evils.” Gen Elwelu noted. The General said that the key to success lies in the Biblical verse, “Love your neighbour as you love yourself,” because no one can succeed by himself but through love, unity and solidarity much can be achieved.

In his remarks, the Camp Commandant of General Headquarters, Maj Gen Joram Kakari Tumwiine noted that the retirees have added much value to the UPDF institution and the country as a whole.

He told the retirees to carry forth to their respective communities the discipline that has seen them serve and retire honourably. 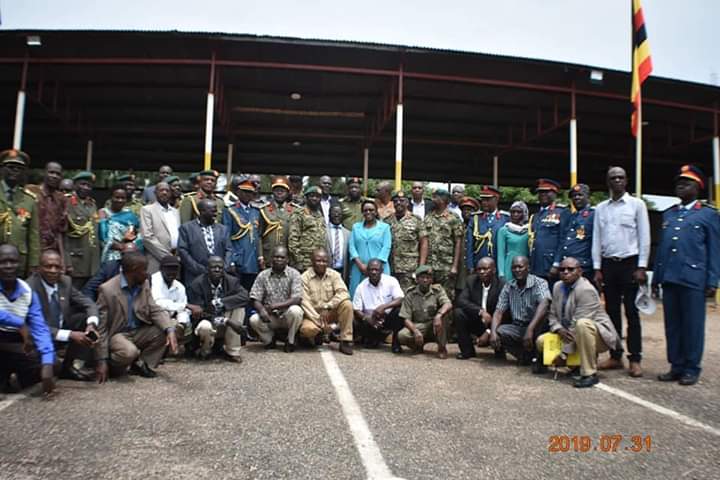 “Maintain your self-discipline, keep safe, remain healthy and above all, maintain the good relations with the community.” Maj Gen Kakari counselled.

The most senior retiree was Col Sezi Mugasi of Uganda Peoples’ Defence Air Forces with a record of 48 years of reckonable service.

On behalf of the other retirees, Col Sezi counselled the serving officers and militants that the secrets to a peaceful and honourable long service are avoidance of anti-people activities, being corrupt free, loving the work one is doing, being disciplined, keeping healthy and above all fearing God.

He told his fellow retirees that their prime duty as senior citizens should be to promote security in the country. The Col further told the retirees to avoid wrong politics, unlawful means of solving problems and ensure they do not detach themselves from the UPDF.