UPDF flags off over 1800 soldiers to Somalia

NAKASEKE – A total of 1,828 officers and men of UPDF comprising of UGABAG XXVIII and UNGU VI have on Wednesday 17 been flagged off to Somalia by Lt Gen Wilson Mbasu Mbadi, the Deputy Chief of Defence Forces, at Singo Peace Support Operation Centre in Nakaseke District.

While addressing the forces,  Lt Gen Mbadi expressed his gratitude to the partners that have supported the UPDF in its pre-deployment training and praised the team now under a new name of Global Peace Operation Initiative (GPOI) for a job well done.

On the same note, he thanked the UPDF instructors for equally keeping the standard of both the centre and the training to international standards.

While counseling the troops, Gen Mbadi applauded them for perseverance and the hard work they have exhibited throughout their stay at the centre.

However, he urged them not to sleep while on the mission but work harder than ever before to consolidate their predecessors’ achievements in Somalia.

Mbadi implored these to save their mission allowances with the UPDF SACCO, and use it well to prepare for their future retirement journey.

“You have left Uganda to go and add a productive stone in the stability of Somalia which will, in the long run, add to the total stability of the African continent. Strive harder so that those who judged us by our heights will remember the depth from where we started the mission,” he emphasized. 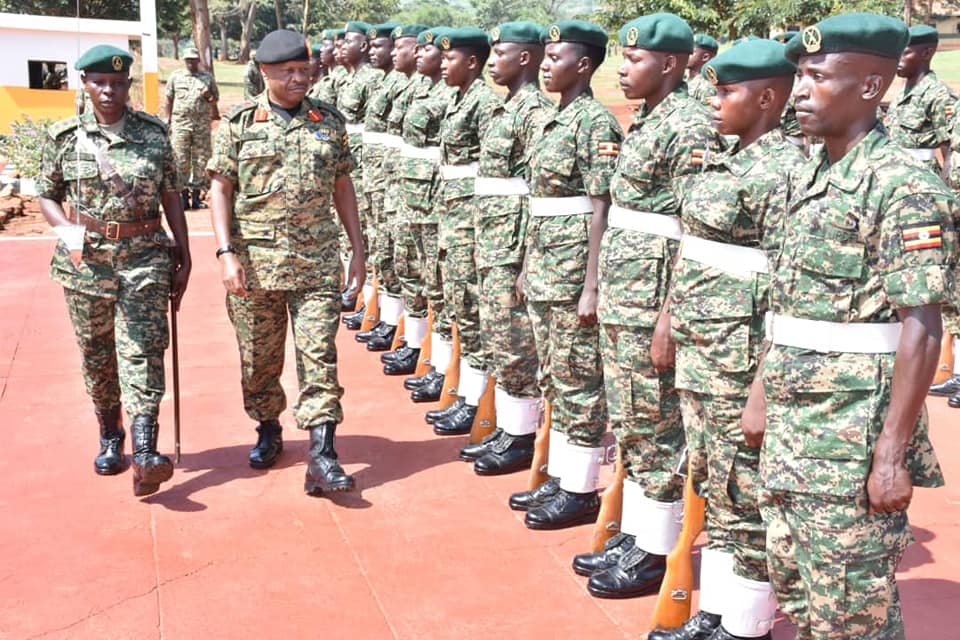 At the same ceremony, the Deputy Commander Land Force Maj Gen Sam Kavuma urged the soldiers to put Patriotism, discipline, and good fighting at the forefront as they execute their duties in Somalia since they are pillars that make UPDF stand tall as a Force on the continent.

Maj Gen Kavuma thanked the Ministry of Defence and Veteran Affairs and UPDF leadership for the continued support given to the Centre which has helped it to strive to greater heights.

“It is in the mandate of Commander Land Forces docket to mobilize for PSO centre, but nevertheless, it takes full responsibility of the soldiers to be resilient and perform as expected during the training, I congratulate you for that,” he remarked.

Gen Kavuma commended the troops for appreciating the services of Wassco and reminded them that WAZALENDO is growing faster than any other SACCO in the country and to match its speed, soldiers should push upfront with it by not getting and investing loans in what he referred to as liabilities but rather in assets that are income-generating. 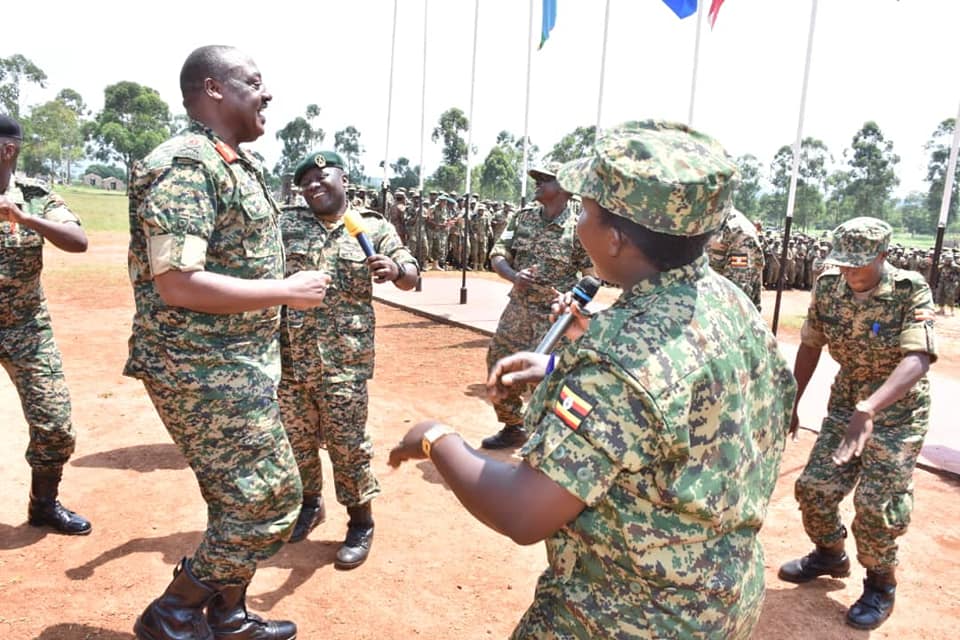 The outgoing Commandant PSO Singo Brig Jackson Bakasumba told the troops that they have been ably trained and was satisfied with their readiness. He asked for nothing else but exceptional performance. Gen Kavuma he handed over the troops to the Deputy CDF for official deployment into the mission.

The flag-off function was among others attended by a delegation from the African Union, representatives of the Netherlands Training Team, US military and British Training team. BG XXVIII will be commanded by Col Wilberforce.