KAMPALA – Saracen Uganda Limited (SUL), a security agency to which the guard that shot dead Arnold Mugisha Ainebyona is attached, has regretted about the incident that occurred at the quality supermarket in Namugongo. Ainebyona was shot on July 9 at Quality Supermarket in Naalya.

The security agency in a statement admitted that two of their security guards were involved in the shooting of the deceased.

“Saracen Uganda limited has learnt of a regrettable incident that occurred on Tuesday 9, July 2019, at the Quality shopping village parking lot in Nalya and that involved a fatality. Two of our guards who were involved in this incident have sustained severe injuries, and one is in critical condition,” read the statement in part.

Saracen added that upon learning of this incident, it immediately informed the Uganda police force and took measures to restore law and order.

“In this effort, we contained the mob that had gathered around the two guards,” added the statement.

The agency says it has offered full co-operation to Uganda police to establish what exactly led to this unfortunate incident.

“Saracen strongly condemns any manner of violence and seeks to promote law and order and harmonious interaction with the public. We assure the public, our clients and staff of our commitment to respect the rule of law, the observance of human rights, and sanctity of life, Saracen’s statement continued.

It also added that it stands with the family of the deceased as the law takes its course.

Ainebyona was shot dead by Moses Ongoria, a private guard with Saracen Security firm, following a disagreement after the deceased’s colleagues abandoned a trolley that rolled and damaged another person’s car.

Police said the Ainebyona was shot while still on the steering wheel in the car, he reportedly died while being rushed to the Independent hospital in Ntinda. 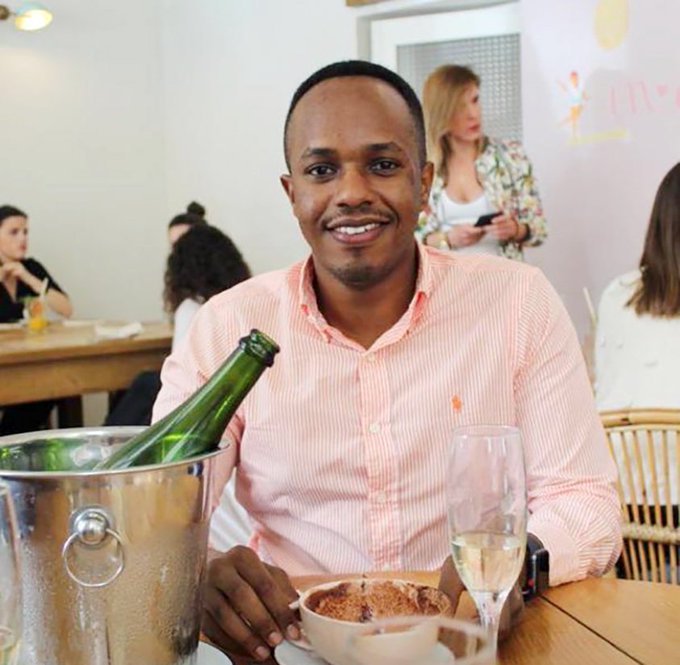