MBUYA – The Commander of French Airforce based in Djibout Maj Gen Eric Gernez has commended UPDF for an excellent role played in keeping peace on the African Continent. General Gernez said this during a courtesy call to UPDF Leadership at the MODVA headquarters at Mbuya hill.

Gen Gernez applauded the forces for the good work executed by UPDF in all their deployments in the region. “thank you for your tireless endeavours towards the peace in Africa” he observed.

The French two-star General also pointed out that the mutual relationship between Uganda and France is a beneficial one and that France will continue to support Uganda because of the large contributions in stabilizing the region.

The meeting provided an opportunity for the two delegations to share lessons and experiences in order to put another step in the security issues of Africa.

Maj Gen Gernez in his submissions pledged support from the French Airforce in Djibouti to Uganda People’s Defence Air Force (UPPDAF) in terms of further training and another military to military engagements.

” the support has gone a long way in opening UPDF’s doors to the French-speaking Missions which was not the case before as language was our main barrier” noted Gen Musanyufu. 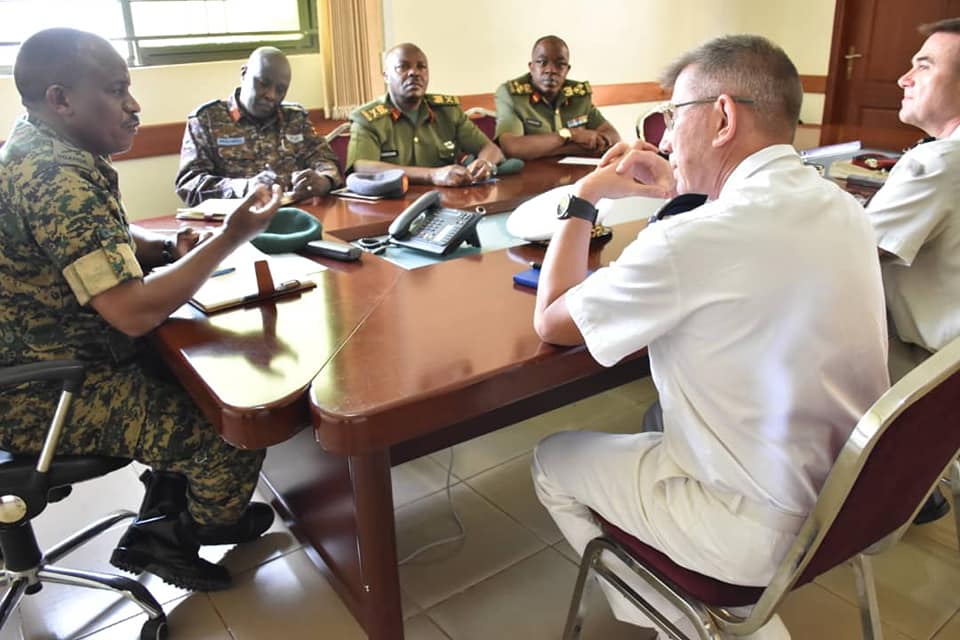 The Joint Chief Of Staff also added that Africa Armies should work as a team not in isolation due to having the language barrier as a major obstacle.

He emphasised that the French support that UPDF is enjoying has torn down the barriers and promised to make much better strides.

In attendance was Maj Gen Gavas Mugyenyi the Deputy Commander Airforce, Maj Gen Willis Byarugaba, the UPDF Chief of Training among others.

You have to pay! Anne Kansiime refuses to do free interviews

URA rolls out system to enforce taxation at Entebbe airport