Bobi Wine made the remarks during France24′s popular live show Eyes on Africa, last evening where he also confirmed plans to challenge long-serving leader President Yoweri Museveni in the next polls.

“The people in Africa are standing up to the dictators… that inspires us to believe more, to push more, and indeed to work more to the liberation of our country,” said the musician and politician.

Ugandan opposition politician @HEBobiwine says he’s inspired by the “people power” that has ousted dictators from several African countries as he considers running for the 2021 presidential elections. pic.twitter.com/kvFzrM51HU

In an interview with France 24’s Eye on Africa, Bobi Wine also discussed his odds of running in the 2021 presidential election, changes he would implement if elected, and what he believes it will take to end corruption in Uganda.

The budding opposition figure has on many occasions accused Mr. Museveni of presiding over a-three decade of iron-fisted rule. 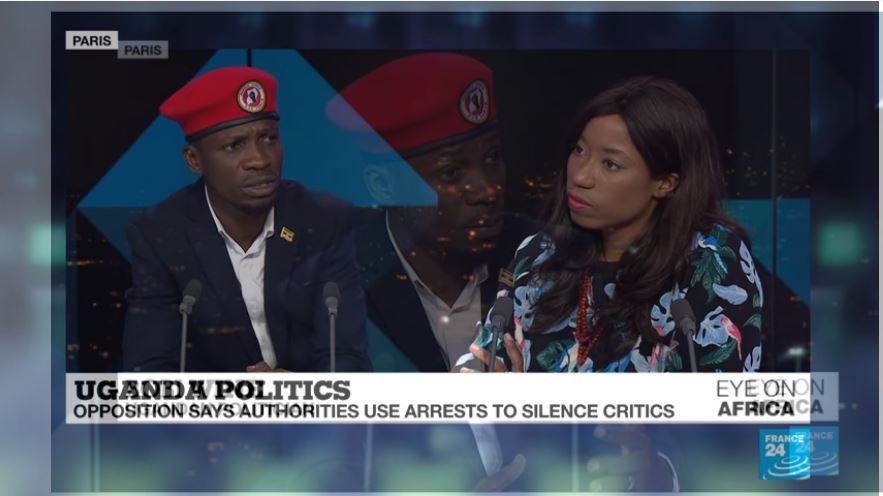 In the same show, the People Power patron noted that President Museveni has for long been using the army to commit atrocities to own citizens but now “he is more worried than ever before.”

… our entry into politics as the young people of Uganda is a fresh air because we are the majority; we are over 88 percent of t population and that is not enough even the elders are with us,” he said claiming that the people of Uganda are more united that ever before.