KAMPALA – Court has acquitted Herbert Solomon Kaddu; a man who had been accused of threatening to attack the Bishop of Namirembe diocese Wilberforce Kityo Luwalira last year on grounds of mental illness.

The presiding Grade one magistrate at Mwanga 11 Court, Mr Joel Wegoye has ruled that even though it’s undisputed that Kaddu threatened to attack Bishop Luwalira, he cannot be criminally liable because of his insanity.

“I find the accused not guilty of the offences because of insanity,” Mr Wegoye ruled.

The magistrate has therefore ordered that Kaddu be kept at Luzira prison as a criminal lunatic awaiting a Minister of Justice order under section 117 of the magistrate’s Act to determine whether he should be discharged or kept in a psychiatric home.

The magistrate has relied on the evidence of a Butabika hospital psychiatrist Dr Irene Apio who testified that she has been treating Kaddu for Bipolar disorder; a condition Kaddu has suffered from since 1998 during his primary education days.

Dr Apiyo further testified that Kaddu gets episodes of excessive excitement; restlessness and irritation which makes him believe that he is a super being as compared to others.

Doctor Apiyo also confirmed to the court that Kaddu is still receiving treatment from Butabiika Hospital as an out-patient and medical documents of his condition were publically exhibited in court.

The Doctor, however, mentioned that Kaddu had stabilized but relapsed in 2014 when his family decided to treat him using traditional means after falsely believing that he had supernatural spirits that prevent him from becoming rich.

“Medical history and examination reports were admitted which is enough to prove the accused’s condition,” Mr Wegoye ruled

According to the court record, upon Kaddu’s arrest on April 1, 2018, his family informed Police that he is insane but 2 police reports have since indicated that he is sound enough to stand trial.

However, the magistrate has explained that none of the said Police doctors were brought to court to back up their reports; hence believing Kaddu’s Doctor.

Kaddu was facing 3 counts; threatening violence and disturbing religious assemblies when he unlawfully entered Namirembe Cathedral and charged at the clergy.

Kaddu was armed with a stick and dressed in sack-cloth. 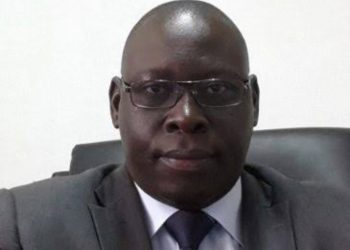