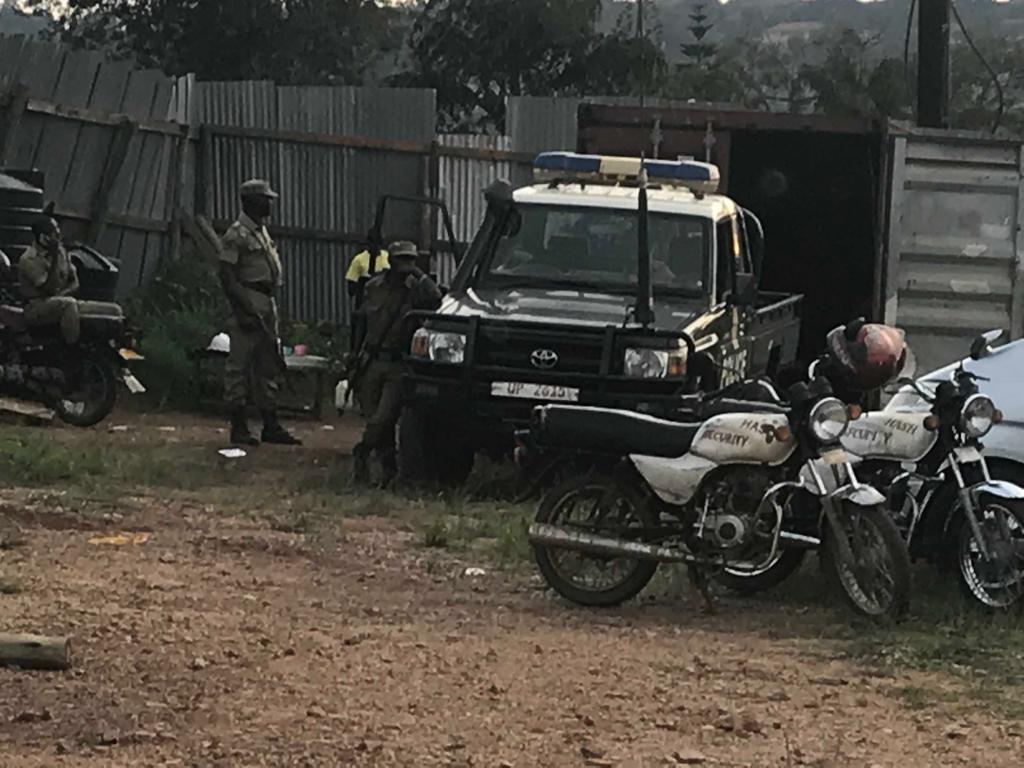 KAMPALA – Drama ensued at the construction site for the much publicised Lubowa International Hospital on Thursday evening as police tried to evict the contractor, Roko Construction Company Ltd.

The standoff which involved Roko Construction boss, Mark Koehler, started when Enrica Pinnetti, the boss of FINASI tried to evict the construction company from the site and replace it with China Power, a construction firm based in China.

Roko is the government approved contractor for the project while FINASI is the equipment supplier.

This project has been in the news in the last few weeks after it emerged that the bank has released $87m for the project.

Reports had indicated that Trade Development Bank released the money to Stanbic Bank but only $50m reached the account.

Now, with yesterday’s controversy to replace the contractor brings the entire project into jeopardy as the bank and government are not aware of the new schemes to bring a new contractor on board without necessary approvals from parliament and government.

By the time we went to the press, the standoff was still on. However, when contacted, Roko Construction boss, Mark Koehler confirmed the developments describing the situation as absurd.

Early this year, Parliament approved a guarantee of USD 379 million (1.4 trillion Shillings) for the construction of an International Specialized Hospital in Lubowa, Wakiso district.

The facility with a 264-bed specialized Healthcare capacity will be operated as a world-class internationally accredited facility to treat conditions for which Ugandans have been travelling abroad. The conditions include cancer treatment, heart diseases, organ transplant, fertility treatment, highly specialized surgeries, and bone marrow transplant, among others.

The government sought authorization of parliament for the project following a proposal by the Italian investors Finasi Roko Construction SPV Limited, a major member of the FINASI-RoKo consortium, an entity which specializes in the construction of turnkey health care facilities.

The investor wanted to have the project financed through a promissory note from the Ugandan government as a public-private partnership. Under the arrangement, the government will finance the firm to construct and run the specialized facility and payback within eight years from the commencement of operations.

But the request was queried by Members of Parliament who questioned why the government had to invite an investor, who has to be guaranteed with huge sums of money. They also objected to the high-interest rate of 477 billion Shillings and the purpose of financing the facility, considering the poorly financed hospitals across the country.

However, the request was endorsed by the National Economy Committee of Parliament which had been given a task to review the application and interact with key players in the health and finance sectors to establish whether the partnership has value for money.

Members also rejected a minority report which had been presented by Mukono Municipality MP Betty Nambooze, to block the funding. In support of the Minority report, Butambala County MP Muwanga Kivumbi said that the cost of constructing the hospital is exaggerated.

Bunyole West MP James Waluswaka says the proposal is risky. He faulted the government for picking on an investor without undertaking a bidding process to guarantee that anyone who gets the promissory note is selected on merit.

Dokolo Woman MP Cecilia Ogwal says that the specialized women hospital was built at only about USD 25 million (92 billion Shillings) far less than the USD 379 million (1.4 trillion Shillings) that is needed by the investors to construct the International Specialized Hospital. She says there is a possibility that all parts of the proposal constitute illegality.

Despite the doubts, Parliament sanctioned the proposal. The speaker of Parliament Rebecca Kadaga observed that the project is of immense benefit to Ugandans.

Government is expected to take over the hospital after ten years according to the agreement.

FINASI-RoKo consortium has reportedly innovated and developed specific know-how in the Healthcare field delivering state of the art facilities and providing solutions and added value services to its clients. Some of its projects are Sharg Al Nile hospital in Khartoum and Famboni General Hospital in Comoros among others.

No final exams for Kenyan students in 2020, Education Minister announces