Bobi Wine, Besigye in attendance as MP Mwijukye’s father is laid to rest

The burial was graced by officials from the FDC party, The People’s Government and Parliament of the Republic of Uganda. 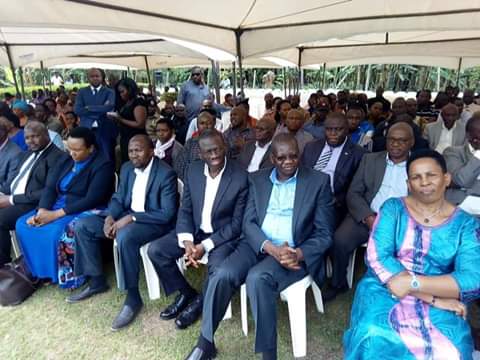 Dr Besigye praised the deceased for producing a man of determination, freedom fighter , Mr Mwijukye, who he said has been at the battle field for restoration of constitutionalism and rule of law in the Country since his childhood.

Bobi Wine in his remarks also paid tribute to the deceased’s long fight against cancer and Mr Mwijukye for being a good friend and freedom fighter.

Somalia's electoral officials undergo training in Kampala ahead of 2021 elections

Somalia's electoral officials undergo training in Kampala ahead of 2021 elections