All armies have a doctrine! Museveni lectures trainees at Kabamba military school

KABAMBA – President Yoweri Museveni who doubles as commander in chief of the armed forces, on Friday 21 presented a lecture of opportunity to the 297 trainees at Kabamba military school. Fifty-six (56) of these are professional cadets and Ninety-six (96) from the Somalia Defence Forces.

In his lecture, the commander in chief emphasized ‘Ideology’ and ‘Strategy’ as key things a solidier must not do without.

“Because there is always so much to discuss with young, educated and energetic people, I chose to pivot our day’s engagement on two basic and crucial points,” said the president.

Below is Museveni’s full lecture to the trainees.

All armies have a doctrine and purpose they subscribe to. This has been true for all civilisations across the world including here in Africa where our armies were clan, and tribally exclusive to cater to the interests of their kings.

These interests were shortsighted and encouraged a false sense of importance and strength in the leaders of the time. This is how by 1900, all of Africa was conquered and colonised with the exception of Ethiopia.

When the colonial armies took over, their mission was to use Africa and its people, to solve the problems of Europe and America. While some came to Africa and got people to grow coffee and cotton at a paltry fee, the others took strong human beings to work on the plantations in America in what is now called the Slave trade. In essence, a very well-orchestrated plan where they achieved free labour, on free land from the Red Indians.

It is important to note that the colonisation of Africa was not caused by lack of courage on our ancestors’ part, but for lack of a galvanised and centered strategy. 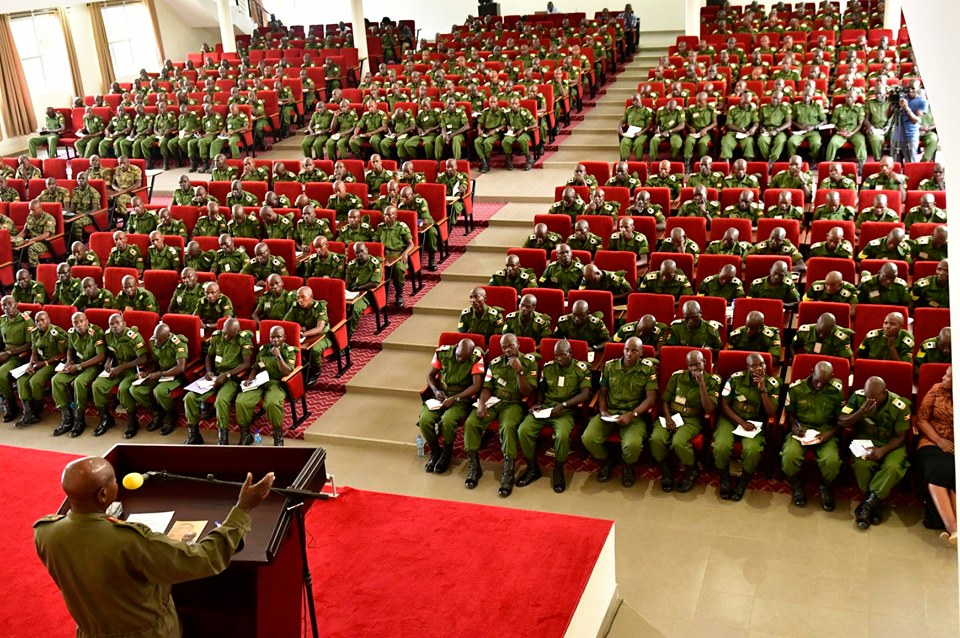 Therefore, informing the post-colonial, or liberation armies like in the case of Uganda (UPDF), we had to carve out a strategy steeped in the core beliefs of Patriotism, Pan-Africanism, Socio-economic transformation and Democracy.

So, for every individual that aspires to leadership, or public service as these young people about to finish their training, these beliefs must be understood and shared, in the journey to surmount the myriad strategic challenges.

I thank the army leadership, instructors and fraternal partners in this endeavour for African human resource development.