KAMPALA – The National Resistance Movement (NRM) party has said it is ahead of its manifesto target in all aspects including corruption, roads, electricity generation and job creation, barely there years of its current five-year mandate.

The Prime Minister Dr. Rukahana Ruganda, said that government is on course, making steady progress, to achieve the targets set together with the people of Uganda.

Overall, he said “our assessment of the implementation of the Manifesto commitments to date stands at 62 percent.”

“We are convinced that with the momentum we have generated, we are set to achieve most of the targets in the Manifesto,” he added.

He told journalists that to ensure smooth implementation of the Manifesto; government initiated a number of reforms with regard to policies, laws and regulations, including the amendment of the Public Procurement and Disposal of Assets (PPDA) Law; free connection to the national grid; improved planning, budgeting, monitoring and reporting; and continuous implementation of affirmative programmes in selected regions to promote inclusive growth and development among others.

Dr. Rugunda was speaking at the launch of the NRM Manifesto implementation week, which will start on Sunday May 12 where the different government ministries, departments, agencies and districts will be explaining to the public what government has achieved in three years since President Museveni’s fifth term started in 2016.

He noted that government has completed and commissioned Isimba Dam which has added 183 MW of electricity on the grid and that the generation of reliable energy is critical to attracting investments and driving industrialisation.

He said that Government promised the country that “we will revive Uganda Airlines during this term of office. I am pleased to report, as you already know that two of the four aircrafts were received in the country only two weeks ago.”

He added that government plans to have the airline begins operations in the next 2 months, saying that this will open Uganda to many opportunities, boost tourism, raise the country’s  flag.

In the health sector, he said the ruling party has seen substantial progress on rehabilitating Mulago National Referral Hospital to elevate it to a highly specialised hospital and the completion and commissioning of the Neo-natal and Specialised Women hospital also at Mulago.

This, he said is a sign of NRM’s continued commitment to improvement of the health children, daughters and mothers.

He also admitted that government is yet to deliver on its earlier pledge to provide free sanitary towels to school going girls as a way of curbing the high school dropout rate. 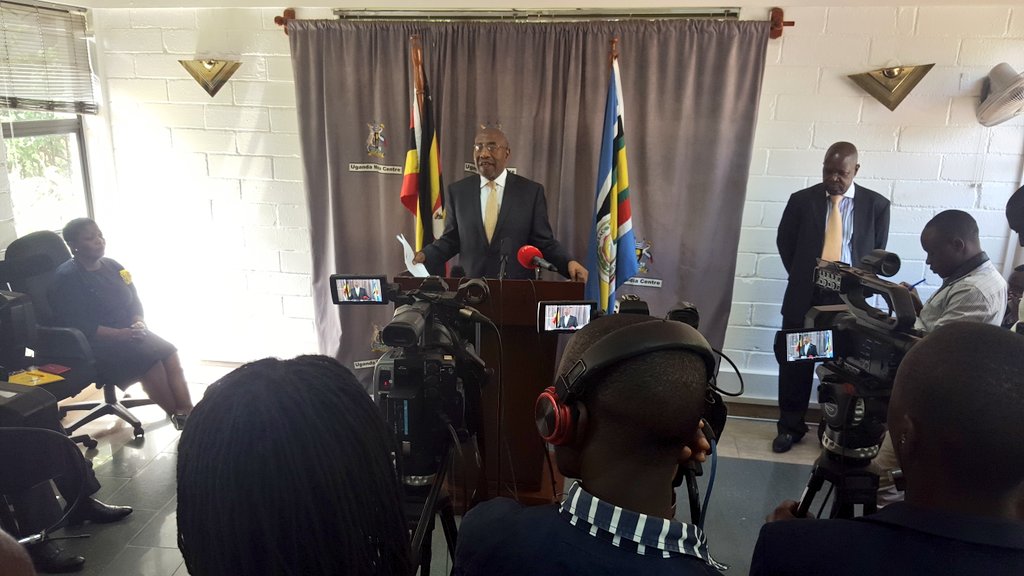 The Prime Minister said his party chairman (Mr. Museveni) has over the past months been launching and opening several factories that produce goods ranging from food products to agricultural inputs and other essentials.

Besides producing goods and services, he said these industries employ many Ugandans, utilise local raw materials and pay taxes into national treasury.

Dr Rugunda also mentioned the various roads that have been completed within the past three years such as Nile Bridge which has been completed and commissioned, Fort Portal-Kamwenge and Ntungamo -Murama Hills. He said others such as Kanoni-Sembabule-Villa Maria, Entebbe Expressway, Mbarara By-pass and the Rushere –Nswerekye are in their final stages of completion.
He said the Entebbe- Express highway is easing traffic flow from Entebbe International Airport to Kampala city and the surroundings.

“There are also like six bridges, which were completed within these three years and the five bridges, which are about to be completed. For ferries, Zengedi-Namasali, MV Kyoga 2 and Wanseko-Panamuru MV Albert 1 have been commissioned,” he added.

Security
For security, Dr. Rugunda said the country is secure and peaceful. He said the internal security challenges such as lawlessness and criminality are being dealt with.

Agriculture
He said that government has been able to commercialise the agriculture sector under the Operation Wealth Creation programme.

“Good work is also being done on increasing coffee production. For example, coffee exported has grown from 3.5 million bags last year to 4.1 million bags to date, bring in USD490 million,” he noted. 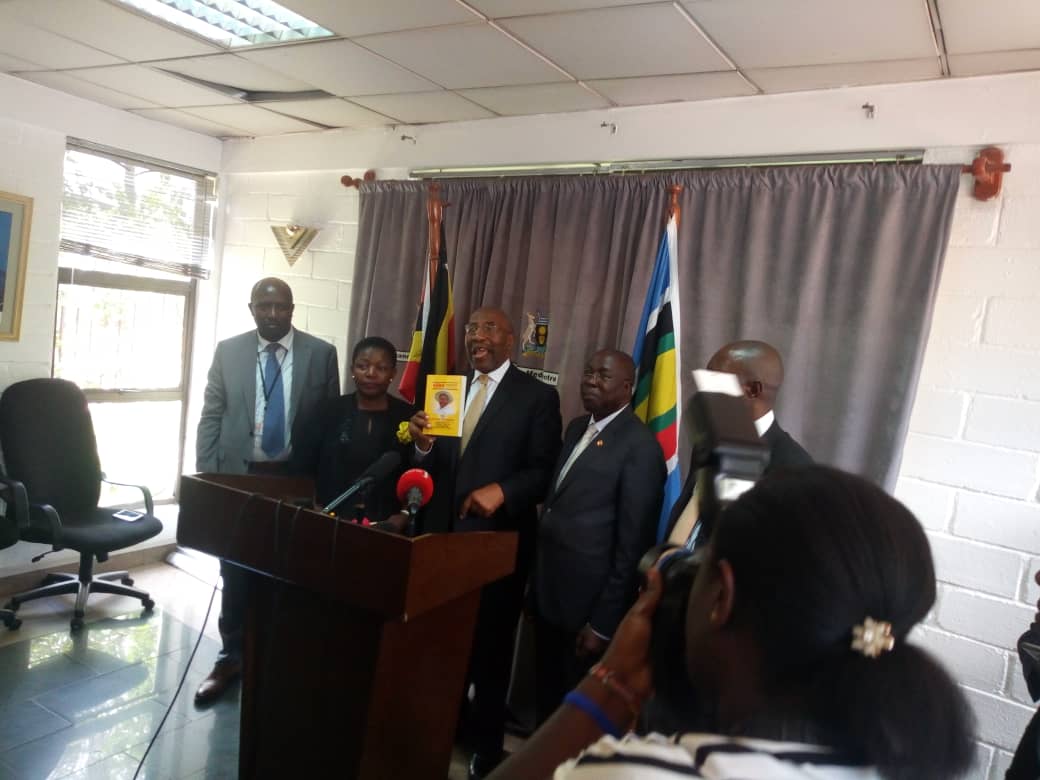 However, Dr. Rugunda said they have not done well in the education sector, especially in terms of infrastructure because of funding gaps, corruption and bureaucracy.

He also admitted that government is yet to deliver on its earlier pledge to provide free sanitary towels to school going girls as a way of curbing the high school dropout rate.

Social development
Dr. Rugunda said that  government has continued to support affirmative action where money has been sent to the ministry of Gender to support women and youth. He said as at January, the government was financing 3,248 projects for women and youth and about UGX1.8b disbursed to the projects under Women Enterprise Fund.

He added: “I would like to state that the fundamentals of the economy that are responsible for rapid economic growth are being systematically dealt with. It is not surprising that our GDP growth rate that had declined due to severe drought among other factors has regained pace 6 percent.”

On investments, he said the Government is working to improve the investment climate to reduce the cost of doing business and attract investors. 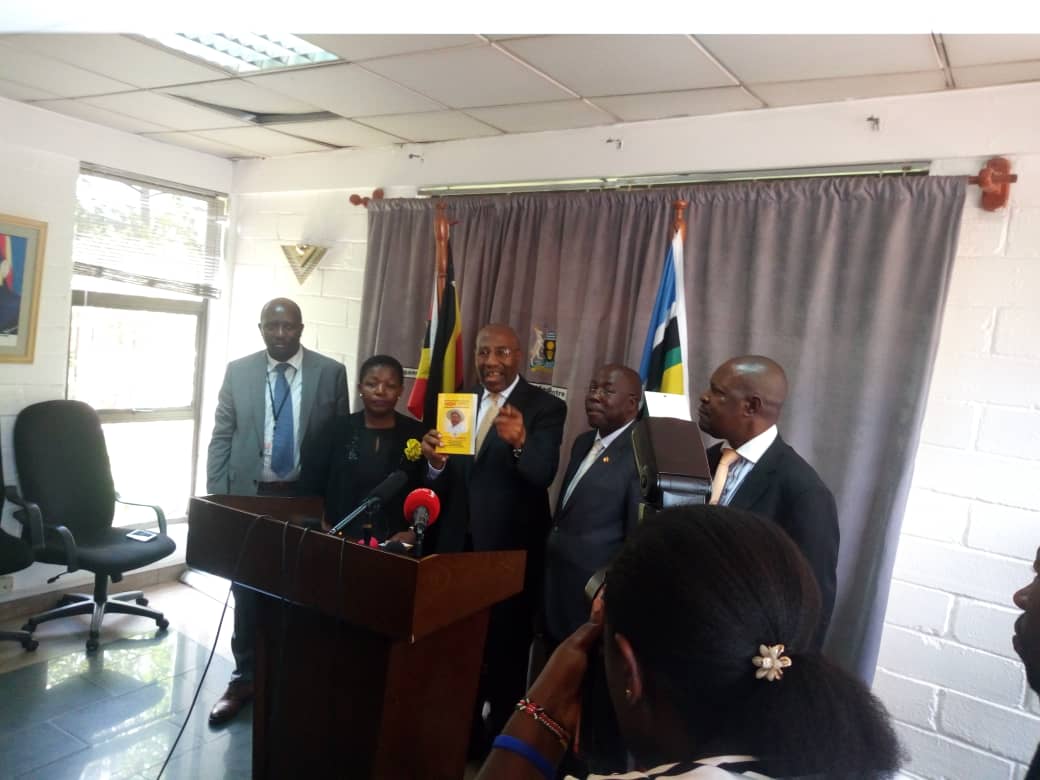 He noted that the fight against corruption has been re-enforced by the recent establishment of a State House unit led by Lt Col Edith Nakalema to fight corruption.

The Prime Minister said that the limited resource envelope, acquisition of land for big investments, unpredictable shocks such as drought and corruption are the major challenges hindering the effective implementation of the manifesto.

Goerge Ssemwogerere: Express fans will not force me out