VIHINGA COUNTY – A sombre mood has engulfed Kegoye village in Vihiga County in Kenya, near Ugandan border after two bodies of a man and his wife, who had been missing since Thursday, were found on Saturday night.

The body of David Kinambendi, 40, was found in a pit latrine within the neighbourhood while that of his wife, Ruth Mwenesi, 35, was found in their house in a pool of blood.

Kenyan authority suspect that the man might have killed his wife before he took his life.

Their family remained mum on the incident that has shocked the village as the cause of the two deaths remained a mystery.

Wamuluma/Lugaga Chief Henry Chunguli told Daily Nation on Sunday morning that the family had been searching for the two until Saturday when the bodies were found.

Mr Chunguli added it is suspected that the man might have killed his wife and then threw himself into the newly-built pit latrine.

“I was alerted of missing persons on May 23. Kinambendi’s father had told me the son and his wife had not returned home after their day’s work,” said Mr Chunguli.

He went on, “They have been asking about their whereabouts but did not get any information from locals.

“Someone peeped through their bedroom and saw the body of Mwenesi lying down. We broke in and found her in a pool of blood.

The chief said a search for the man intensified on Saturday night leading to the discovery of his body in a pit latrine.

“We suspect he killed his wife and then threw himself into the toilet,” he said.

The two bodies were taken to Vihiga County Referral Hospital mortuary in Mbale.

Any activity with SOPs will be opened — Museveni announces 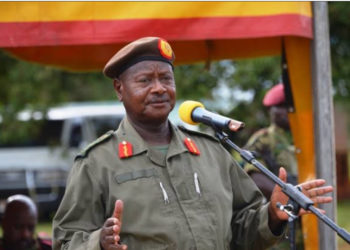