KAMPALA – The Directorate of Interpol and International Relations has made slight adjustments in the fees for the acquisition of a certificate of good conduct.

According to the acting Director Interpol and International Relations, Senior Commissioner of Police Benson Oyo-Nyeko, the directorate has not only affected the adjustment in the fees but also the quality of the certificate by introducing new security features which makes it difficult to forge.

“The directorate has not only effected changes in the prices but also the quality of the certificate. The certificate now has security features which makes it difficult to forge,” SCP Oyo-Nyeko said.

SCP Oyo-Nyeko added that the process of acquiring a certificate of good conduct has also been made easy.

“We have made it extremely very simple to acquire the certificate. When you come, we take your fingerprints, guide you to make an assessment for Interpol where you go and pay in the bank and verifications are done. Do not go through middlemen. You must appear in person and then we take your fingerprints. This process is not tedious. It only takes not more than an hour. Do not risk using people you do not know. Once we get you, the results won’t be good for you,” SCP Oyo-Nyeko said.

He said the certificate of good conduct is only issued at Interpol Headquarters.

“We do not expect anyone to go through channels to acquire the certificate. It’s only at Interpol offices, Kololo that we issue the certificate of good conduct. So, come physically and you will be guided,” he added.

SCP Oyo-Nyeko noted that Interpol is a one-stop centre with a bank situated at the headquarters. 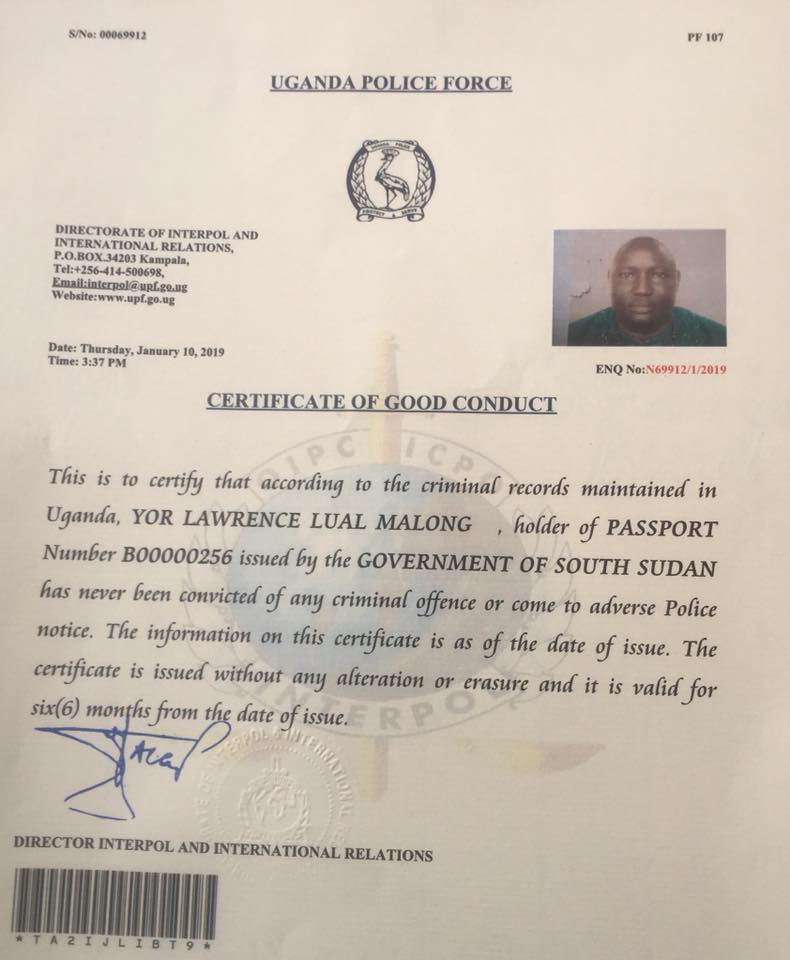 It is, however, worth noting that Interpol does not issue express certificates.

The certificate upon application takes a maximum of two weeks for the document to be complete.

Certificate of Good Conduct is given to all those who apply for it, seeking employment abroad and at home.

For one to acquire the certificate of good conduct, you should have a valid identity document (driving permit, passport, national identity card or a refugee card (must be cleared from the office of the Prime Minister ) with two passport-size photos (American standard).

One must then write a formal application letter addressed to the Director of Interpol.