KAMPALA – Heads of security and intelligence agencies on Thursday, May 9 met to discuss how to contain rallies by opposition leaders across the country.

The meeting, which took place at the Ministry of Internal Affairs headquarters in Kampala, was called by the Internal Affairs Minister, Gen. Jeje Odongo, on May 3, following increasing clashes between security forces and the supporters of Dr Kizza Besigye and Kyadondo East MP Robert Kyagulanyi aka Bobi Wine.

Sources in the meeting told this website that security chiefs were concerned that the police were not doing enough to contain the leaders of the opposition, particularly Dr Besigye and other FDC leaders, by blocking them from holding their rallies. 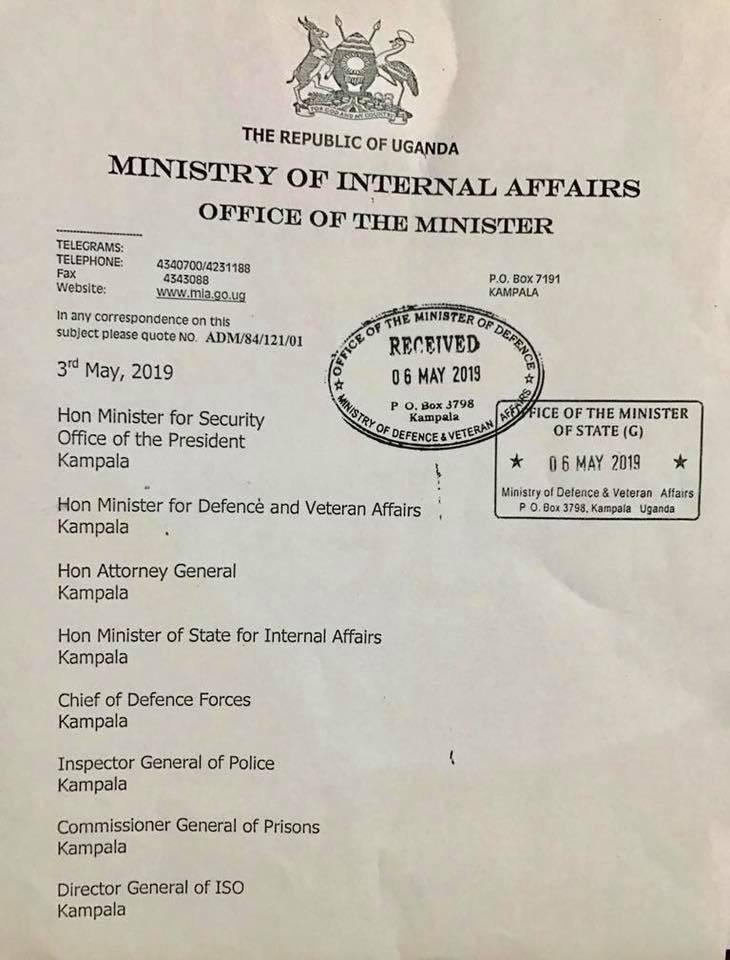 Some security chiefs, sources revealed, said Dr Besigye and Bobi Wine should never be allowed to reveal their homes as has already been done in the past to Besigye and now Bobi Wine.

In the recent past, Besigye has been allowed to leave his home and only blocked upcountry from addressing his supporters. The latest was Tuesday in Buikwe district where police fired teargas to disperse his supporters.

On April 29th, Bobi Wine was allowed to leave his home in Magere, Kasangati, but when was arrested shortly after reaching Kubili roundabout in Kampala after he went atop his vehicle to acknowledge thousands of supporters. He was later taken to court and charged with inciting violence in connection with leading a protest against social media tax last year. 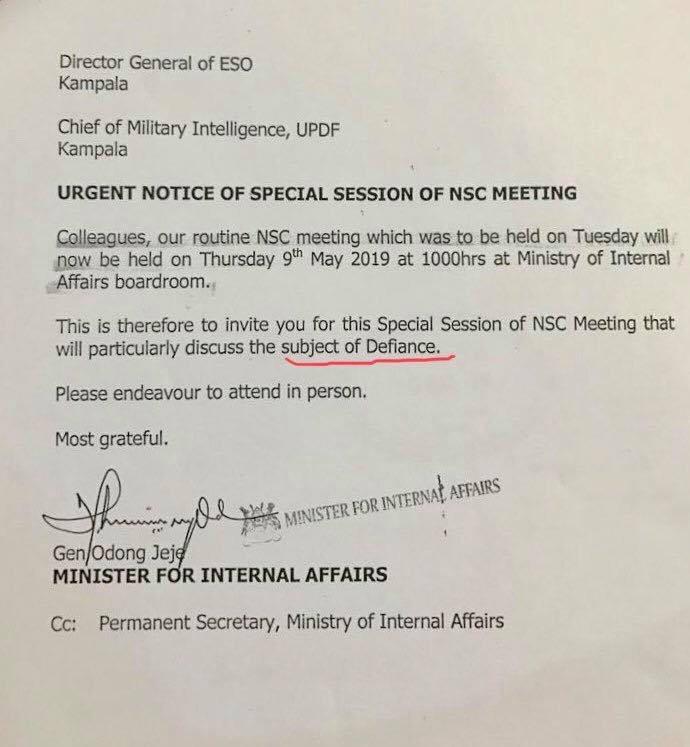 Security chiefs in the Thursday meeting said allowing the opposition leaders to stage rallies that are eventually dispersed by security forces creates a negative image for government. It was therefore agreed that the leaders be kept in their homes.

When contacted, Gen. Odongo confirmed the meeting but refused to give details.

“These are routine security meetings. There is nothing strange. Nothing is special, nothing unless you are telling me that we shouldn’t be doing our job,” he said.

The meeting comes on the backdrop of an April 29 cabinet meeting where President Museveni lambasted his ministers for not doing enough to counter what he described as lies spread by Bobi Wine.

Minister Aceng: I was not holding a political rally