Cabinet Briefing: Behind the plan to introduce Marijuana to help the medical world

KAMPALA – Cabinet is considering proposals from several companies that are seeking to venture into growing cannabis in Uganda for medicinal purposes.

In Uganda, the use of cannabis for recreational purposes is illegal but Cabinet is considering proposals from a series of foreign firms that seek to make the banned substance produce drugs.

Government cannot ignore the proposals given the amount of money involved (over UGX11 trillion) and now it is believed they are concentrating on regulation.

A Cabinet information paper tabled by the Ministry of Health reads; “The minister of Health has received applications from 14 companies interested in the cultivation, extraction and export of cannabis oil for medical purposes in line with the provisions of Narcotic Drug and Psychotropic Substances (Control) Act 2015”.

“There is a big economic value potential for the country considering the rate at which countries are opening up their markets for the sale of cannabis products for medical purposes,” the Ministry of Health notes in the brief to Cabinet.

The Health Ministry, however, warns that there is reasonable fear that legal cultivation of medical cannabis could lead to an increase of the product, which will lead to the escalation of cannabis abuse and associated consequences.

“The risks associated or resulting from the legal cultivation of cannabis are mitigated by the fact that cannabis is a highly controlled plant globally, regulations are overly strict, which ensures maximum adherence,” she adds.

In the Cabinet paper, it is proposed that the Minister of Health will issue written consent for the cultivation of prohibited plants, NDA will issue production and export licences and both the police and NDA will conduct inspection and enforcement of the law.

“As much as the area of cannabis cultivation and extraction on an industrial scale is new in Uganda, stringent measures are in place to regulate it. These projects will create jobs, bring in foreign currency, and above all, there is no imminent threat to the people of Uganda or the environment if the measures put in place are adhered to,” the Health Ministry memo to Cabinet concludes.

Already, Industrial Hemp Uganda Ltd has been licenced to deal in cannabis in the country for the past decade with operations in Kasese and other areas.

The cabinet is thus studying the applications to ensure that the sector is not messed up.

Across the globe, cannabis is one of the most exciting growth industries and is garnering significant attention from investors, manufacturers and researchers.

Exceptions. The exception is in

(b) a medical practitioner, dentist, veterinary surgeon or registered pharmacist who is in possession of a narcotic drug or psychotropic substance for any medical purpose;

(c) a person who possesses a narcotic drug or psychotropic substance for a medical purpose from, or using a prescription of, a medical practitioner, dentist or veterinary surgeon; or

(d) a person authorised under regulations made under this Act to be in possession of a narcotic drug or psychotropic substance.

Countries such as Uruguay, Canada, Lesotho, Zimbabwe, and South Africa, some states in the United States, Germany and many other countries in the European Union have legalised cannabis for medical use.

In Lesotho, for example, Cannabis is widely produced and is a leading cash crop for the country. In 2017, Lesotho became the first African country to grant a licence for the cultivation of medical cannabis for export. Currently, the UK is the largest exporter of medical cannabis in the world. According to the International Narcotics Control Board (INCB), 95 tonnes of cannabis was produced in the UK for medicinal and scientific use, accounting for 44.9 per cent of the world total

Hemp is commercially grown in Africa by Egypt, in America by Canada, USA, and Chile.

In Asia, it is grown in China and India and China is the biggest exporter of hemp paper and textile, earning at least $200m (Shs745b) per year. Canada is now the biggest producer and exporter of hemp seed products, including hemp oil, hemp protein powder. It accounts for 60-90 per cent of the total USA hemp import market. 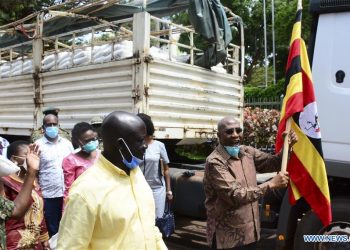