KAMPALA – A group, The Youth Power Research Uganda, have threatened to take the Inspector General of Government to court over failure to publish a report into investigations of illicit accumulation by the former Bank of Uganda Executive Director for Supervision Justine Ms Justine Bagyenda.

In a letter dated March 18 and received by the Inspectorate on March 21, the youth group says the IGG had refused to release findings of the investigation saying the matter was before court and the Parliament’s Committee on Commissions, Statutory Authorities and State Enterprises.

“Take notice that this is a breach of public trust,” the group wrote through their lawyers SK Nsubuga & Company Advocates. 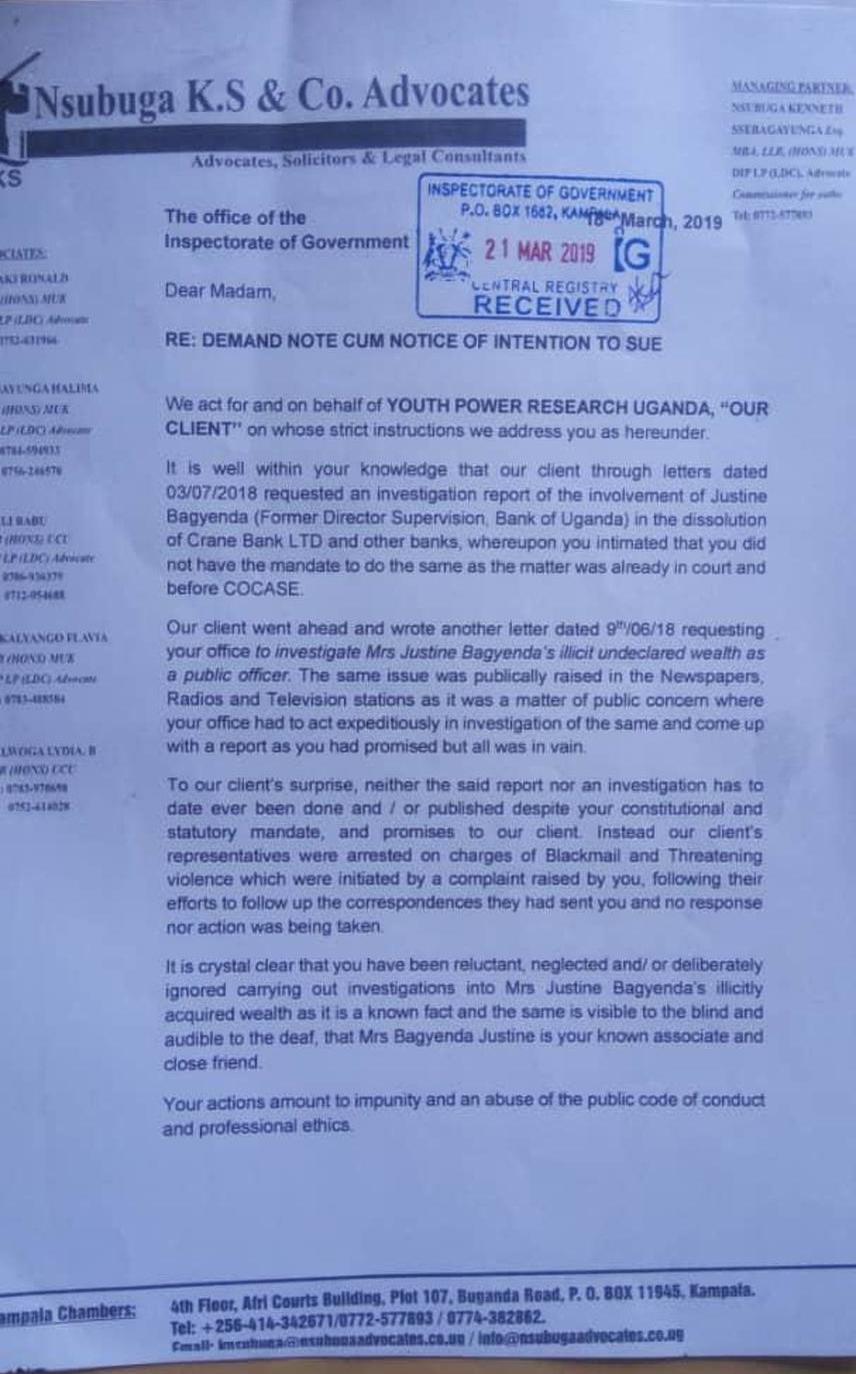 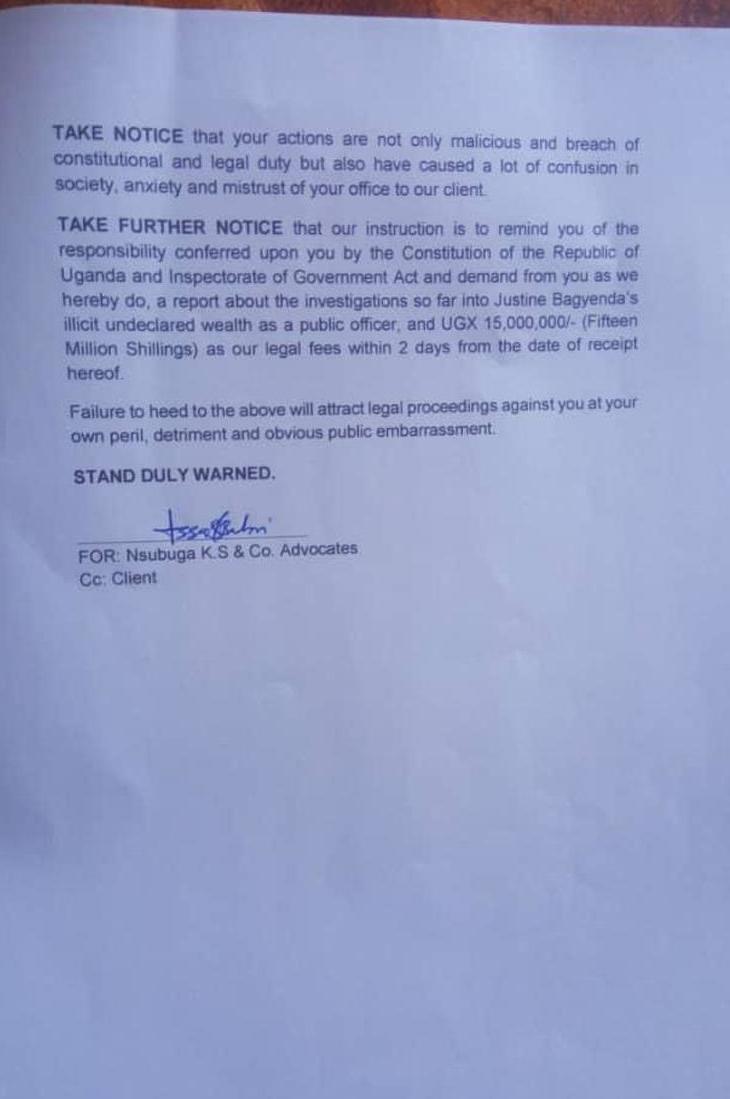 The Inspectorate of Government in a July 23 notice posted on their website confirmed that it was conducting investigations into a case of illicit accumulation by Ms Bagyenda.

“This is to inform you that the inspectorate is still conducting investigations on allegations of wealth accumulation of Justine Bagyenda, and when we complete these investigations, the report will be shared with the relevant authorities,” the press release from the IGG’s office read.

This confirmation puts the public fears that IGG’s office had ignored investigating Bagyenda to bed, the Inspectorate reported on its website. 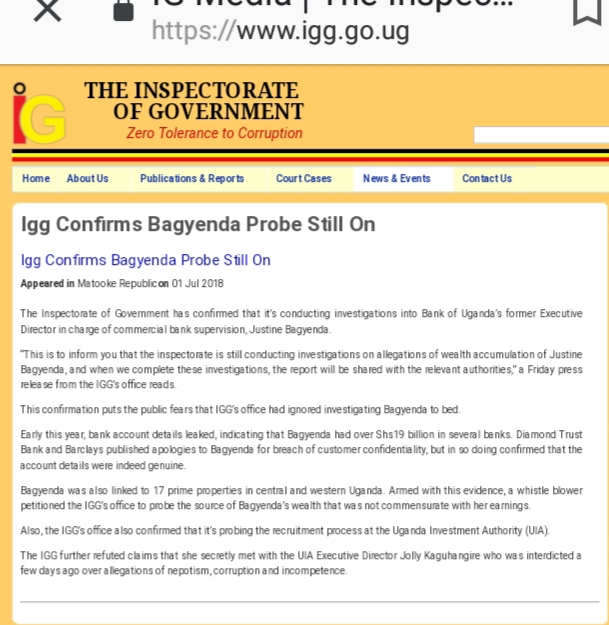 Early last year, bank account details leaked, indicating that Ms Bagyenda had over Shs19 billion in several banks. Diamond Trust Bank and Barclays published apologies to Ms Bagyenda for breach of customer confidentiality, but in so doing confirmed that the account details were indeed genuine.

Ms Bagyenda was also linked to 17 prime properties in central and western Uganda. Armed with this evidence, a whistleblower petitioned the IGG’s office to probe the source of Bagyenda’s wealth that was not commensurate with her earnings.