According to a URA demand notice dated, Bobi Wine Wine had not been paying the taxes since 2008.

The taxes accrue from Magere House, One Love Beach at Busabaala, Ssemakokiro Building at Kamwokya and Two speed boats.

The URA notice demanded that Bobi Wine pays the taxes or be jailed. It is not clear whether Bobi Wine paid the taxes. We could not reach him by press time.

It is not clear whether the taxes were real or part of government machinations to stifle dissenting voices.

The presence on the political scene of the 36-year-old musician-turned-parliamentarian is seen as a growing threat by the ruling elite. These fears and the violent reactions they are generating might turn into a self-fulfilling prophecy.

Bobi Wine’s magnetic pull on the electoral scene, which has helped the opposition in key by-elections, has increased paranoia within the ruling party. The realisation that the ground is slowly shifting under their feet has sent those in power into a panic.

In July this year, Bobi Wine was also instrumental in rallying young people to protest a new social media tax which the president presented as being intended to deter “gossip”, but which was actually a desperate measure trying to curb escalating anti-Museveni sentiment among the young generation. 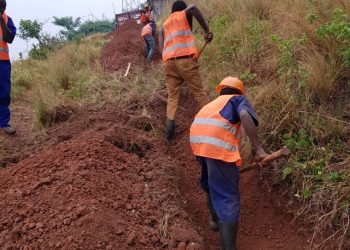