“Shortly after arriving in Addis Ababa, Ethiopia, I met Mr Farid Fezoua and Mr Alexander Oketch, officials of General Electric (GE) Africa. Besides the other engagements the government already has with GE, we shall also partner in developing and equipping our hospitals,” Museveni twitted. 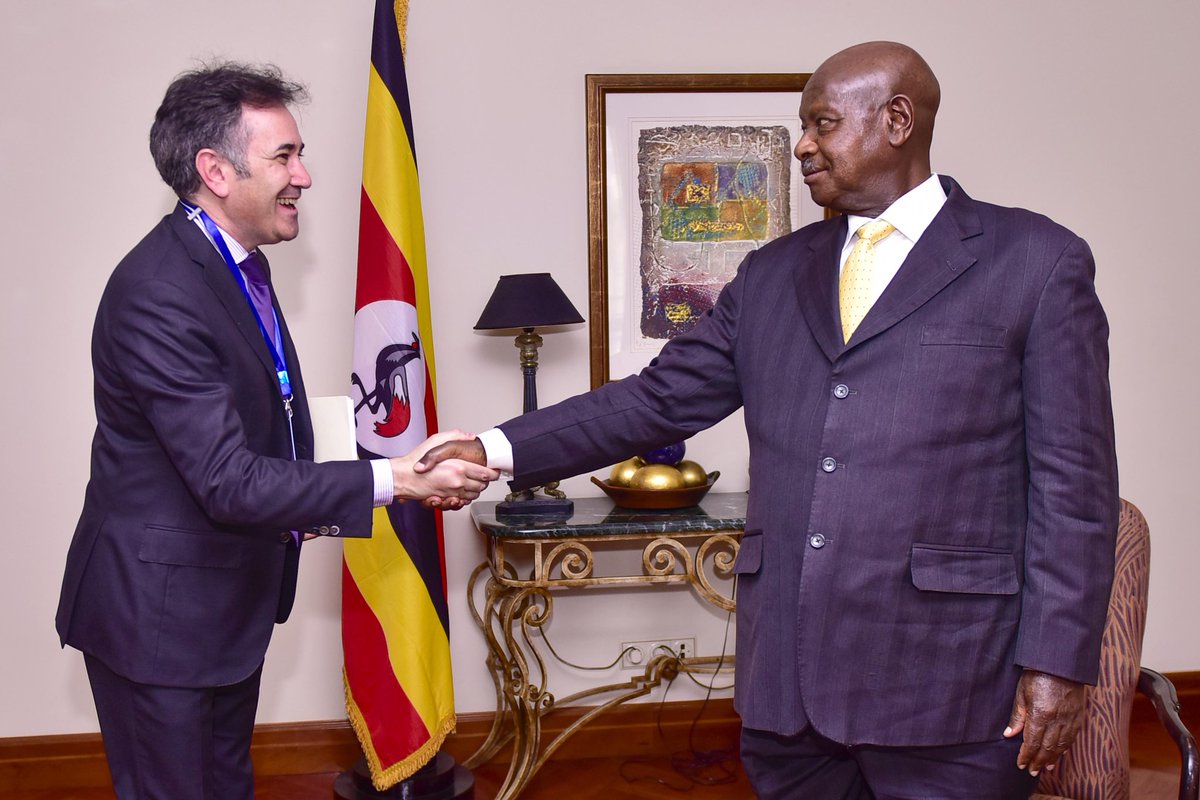 On 10–11 February, the 32nd Summit of Heads of State of the AU will be held with the theme ‘Refugees, Returnees and Internally Displaced Persons: Towards Durable Solutions to Forced Displacement in Africa.’

Preparation for the Assembly started with the meetings of the Specialized Technical Committees (STCs) from different African capitals, towards the end of 2018.

It then followed by the Committee of Ministers of Foreign Affairs, also attended by Minister Sam Kuteesa converged in Addis Ababa from February 6 to 7 preparing the final documents for consideration of Heads of State and Government.

Museveni who is the AU champion is expected to present a paper on regional integration.

Museveni is in accompany of several Ministers including Finance, Matia Kasaija, Minister for Trade, Amelia Kyambadde and his wife Janet Museveni.

Rwanda’ s Paul Kagame who is the current AU chairman will chair the meeting and later handover the chairmanship to Egypt’s Sisi.

The AU is a continental organization consisting of all the 55 countries on the African continent, launched in July 2002 in Durban South Africa, replacing the Organization of African Union (OAU).