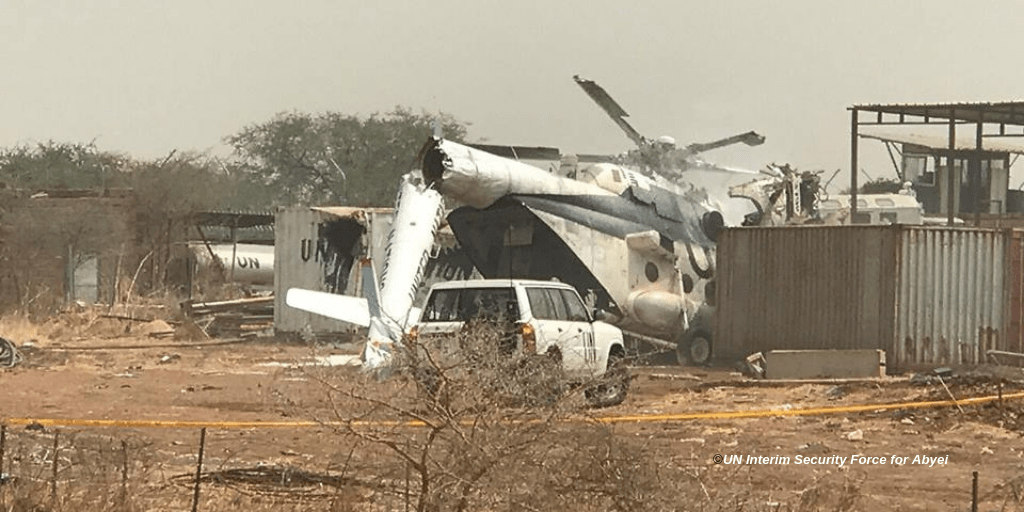 The MI-8 helicopter (pictured), was on routine operation carrying Ethiopian troops on rotation from Kadugli to Abyei when it crashed. (FILE PHOTO)

JUBA – An Ethiopian military helicopter registration Number UNO 379P with 23 passengers on board has crashed on Saturday inside the compound of the United Nations Interim Security Force for Abyei (UNISFA) in South Sudan killing three of its crew members.

United Nations confirmed in a statement that the MI-8 helicopter was on “routine operation carrying Ethiopian troops on rotation from Kadugli to Abyei when it crashed.”

Ten passengers were injured with three in critical condition.

The immediate cause of the crash is not yet known.

He added: “We are deeply saddened by what happened this afternoon. We are extending our condolences to the families of those who died in the crash.”

General Gebre Adhana Woldezgu commended UNISFA personnel who responded promptly to the crash by assisting to evacuate passengers from the helicopter, stressing that the casualty figures could have been much higher.

“This show of solidarity reflects the spirit of peacekeeping and must be applauded”, General Woldezgu said.

The helicopter flew from Kadugli for the Mission’s regular troop rotation.

UNISFA’s sole troop-contributing country Ethiopia was rotating its soldiers from Kadugli to different sites in the Abyei area.

Ethiopia has around 4,500 personnel on the ground to support UNISFA’s efforts of ensuring peace and security in Abyei.