Uganda re-elected to ITU council, rejected at Radio Regulations Board

DUBAI – Uganda has been re-elected to the Council membership of the International Telecommunication Union (ITU) for the 2019-2022 cycle.

“Congratulations to the Ugandan team upon election to the ITU governing council,” President Yoweri Museveni said in a Twitter post upon receiving the news.

Out of 177 votes, Uganda got 114 votes to be elected to the governing council.

Very elated by the election of #lUganda to Council of @ITU . Out of 177 votes,Uganda got 114 votes to be elected to governing council. I thank the member countries of @ITU for their support. Together, we shall continue to work for a connected world @KagutaMuseveni @RuhakanaR pic.twitter.com/QAi2bCIe18

Ms Ankunda also confirmed that ITU Member States in Dubai have also elected the members of Radio Regulations Board and the Member States that will serve the ITU Council.

The RRB is a part-time body of 12 members representing ITU’s five regions.

According to Ms Ankunda, while Uganda has been re-elected, the country’s candidate, Eng. Simon Bugaba came fourth in the just concluded elections where three candidates were chosen for RRB Region D ( Africa) for the period 2019-2022. 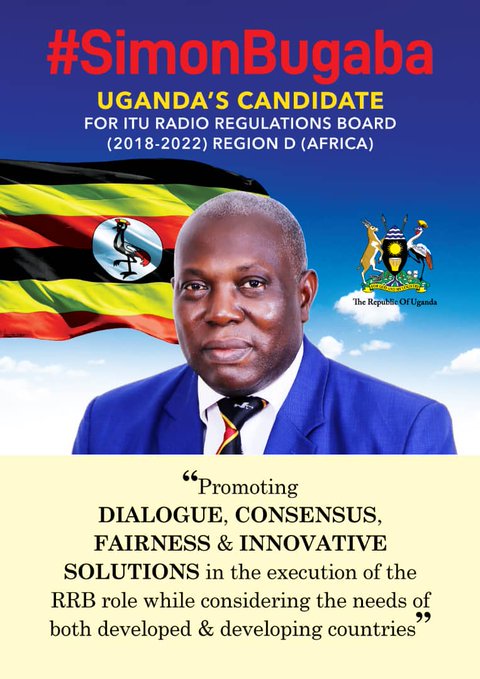 It is the RRB’s job to approve the rules of procedure in application of the radio regulations, the international treaty governing the use of the radio-frequency spectrum and the use of satellite orbits.

The RRB also serves as an appeal board in case of disputes and provides advice to World Radiocommunication Conferences and radio communication assemblies.