In a letter seen by PML Daily, the Minister of Internal Affairs Gen Jeje Odongo asked Kenyan authority to halt MP Owino as he is declared a persona non grata.

Gen Odongo said that the vocal politician will not be granted access to the country without permission from relevant authorities.

The purpose of this letter is to make it known that Honorable Babu Owino is officially declared as persona non grata within the borders of Uganda and will not be permitted entry without special clearance from the Ministry of Internal Affairs,” reads the letter in part.

The first-time politician is alleged to have engaged in activities to undermine the government of Uganda and President Yoweri Kaguta Museveni.

“During Bobi Wine’s visit to Kenya last month, Babu hosted [Bobi] Wine in a number of functions and events. The duo uttered inflammatory and seditious words against the democratic and legitimate rule of President Yoweri Museveni,” General Odongo conveyed. 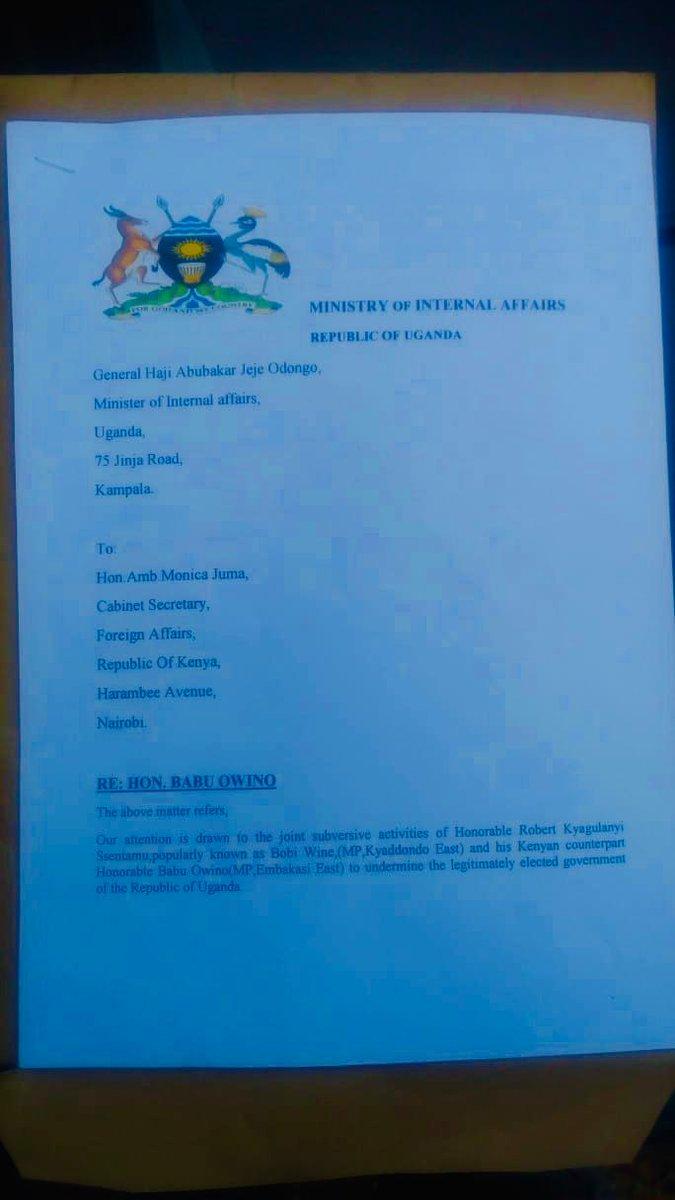 In the letter, the Minister stated that MP Babu was compliant in the subversive activities of Bobi Wine.

He went further to warn any person found aiding or abetting the violation of the directive would be in contravention of a legal order and would face prosecution.

Being so named is the most serious form of censure which a country can apply to foreign diplomats, who are otherwise protected by diplomatic immunity from arrest and other normal kinds of prosecution.

MP Owino on Saturday morning confirmed in twitter messages that he has been denied entry into Uganda.

Just been informed that I am uninvited guest in Uganda. pic.twitter.com/zG68s3vXcv