BUSIA – The Electoral Commission has cancelled the nomination of candidates of the ruling NRM party and Democratic Party (DP) who are in the race for the Busia District Chairperson seat ahead of the November 28 election.

In a letter dated November 23 addressed to both candidates’ parties, the EC chairman Justice Simon Byabakama disqualified the candidature of Hasubi Deogratius Njoki (DP) and Paul Boniface Oguttu (NRM) from the race on grounds of discrepancies in the names they presented for the nomination.

“In view of the above, the commission resolved that the person nominated under the names Hasubi Deogratius Njoki is not a registered voter under the National Voters Register and thus overturned the Returning Officer’s decision to have you nominated for the position of Busia District Chairperson,” Justice Byabakama’s letter states. 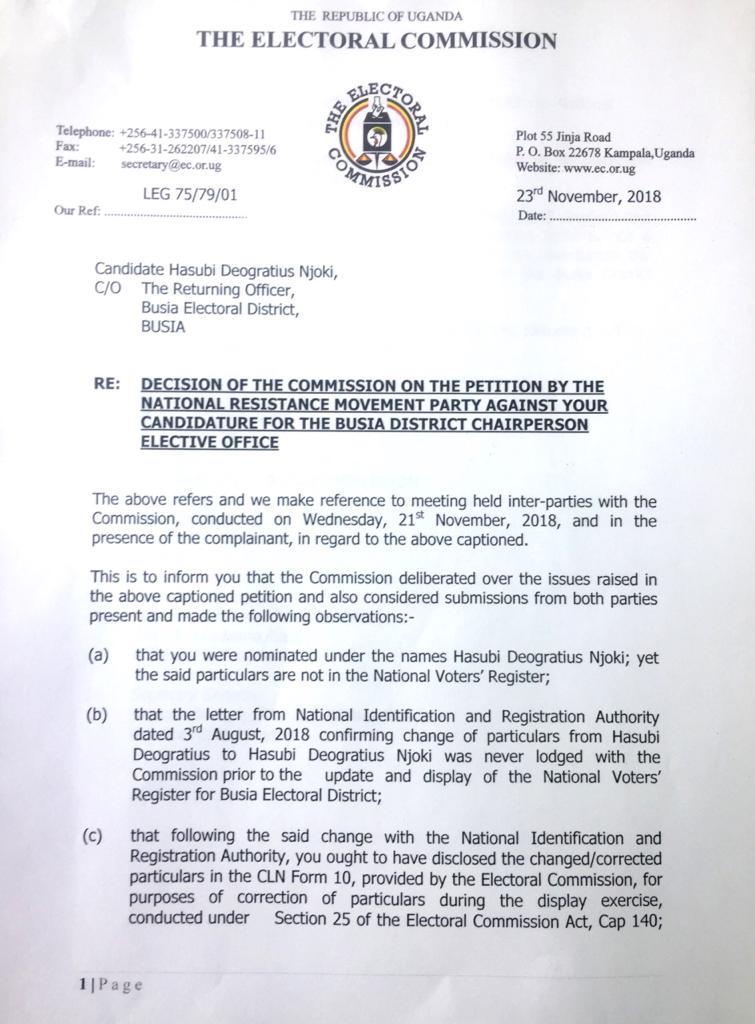 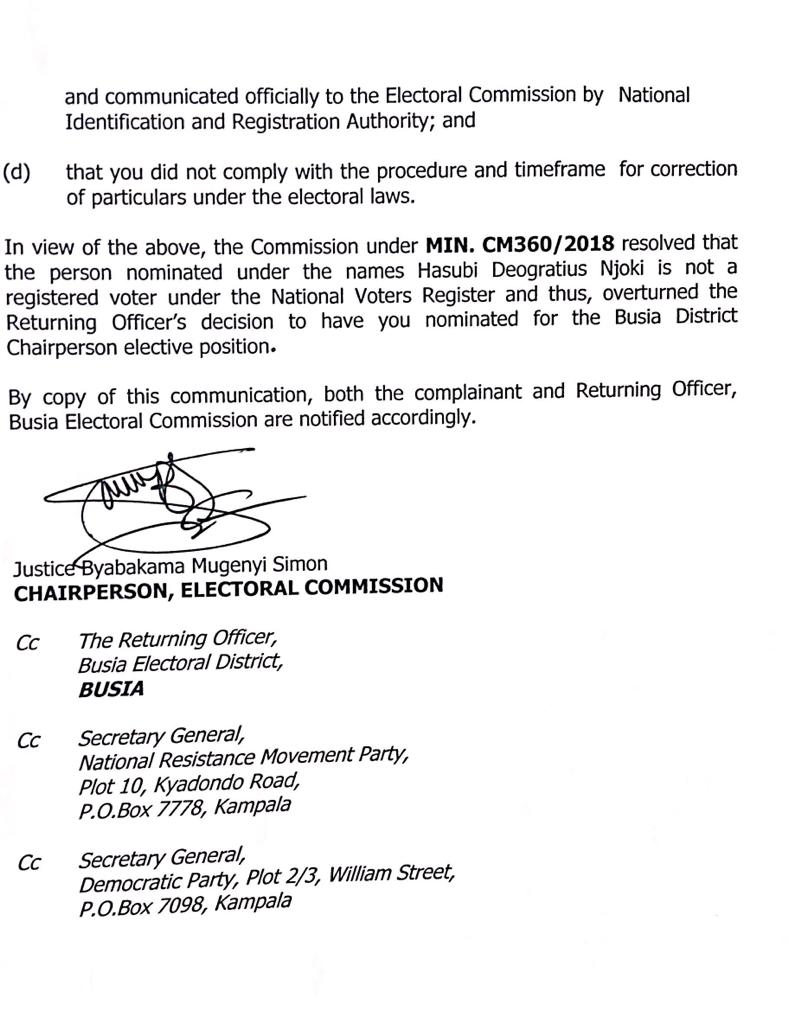 While EC acknowledged that Njoki candidate formally changed his names with the National Identification and Registration Authority (NIRA) and presented papers from the Authority to the EC, it says he didn’t do so on time.

For the NRM candidate, the EC boss claimed that his names, Oguttu Boniface Paul didn’t match the names on the requisite academic documents accompanying his nomination papers. 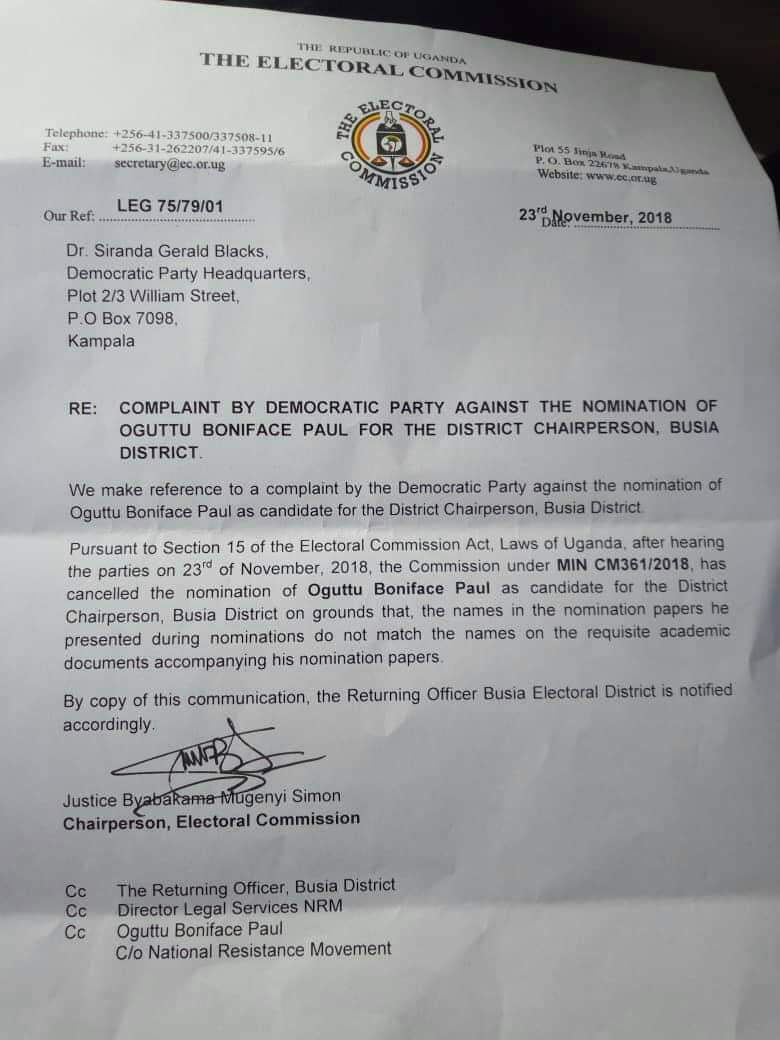 None of the two candidates was immediately available for a comment.

With the exit of both candidates, the race for the Busia district chair is left between independent candidates Chrispus Bwire, Tony Ojambo and Geoffrey Wandera.

The two candidates were the only ones representing political parties in the race and were projected as the main contenders.