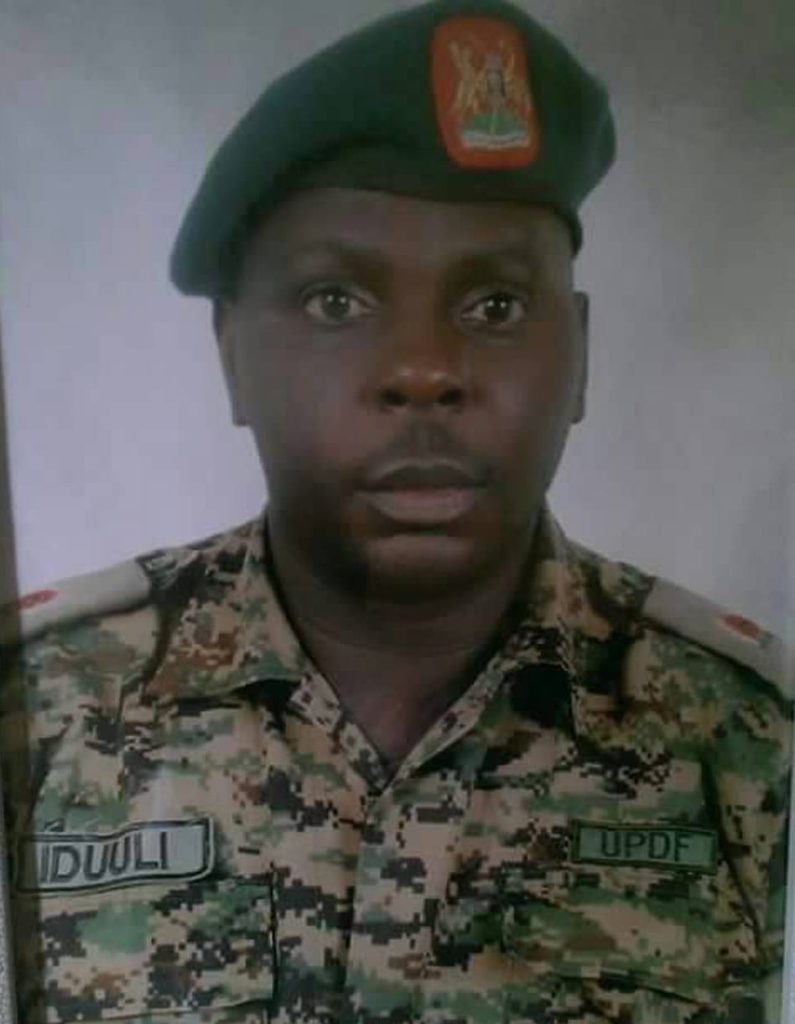 KAMPALA– The Shs 736million that was awarded to the former General Court Martial (GCM) prosecutor Maj Ronald Iduuli as compensation for lost income following his forced retirement from the army stands in balance as attorney general intends to appeal against it.

Justice Margaret Oguli Oumo the deputy head of International Crimes Division last week on Friday resolved that Maj Iduuli be awarded Iduuli Shs736 million saying that his dismissal from the Army was illegal, unconstitutional and malicious.

The Attorney General has now filed before the High Court Civil Division a notice of intention to sue.

“Take notice that the respondent being dissatisfied with the ruling of the Honorable Lady Justice Margaret Oumo Oguli on July 13, 2018 intends to appeal in the Court of Appeal of Uganda against part of the ruling,” reads in part the notice of appeal.

In her judgment, Justice Oguli awarded Maj. Iduuli Shs28 million to cover his unremitted gratuity, Shs6 million as unpaid pension and Shs538 million as lost income. He will also take a payment of Shs90 million to compensate for stress inconvenience, humiliation, embarrassment and psychological torture he has gone through since his wrongful retirement.

Court further awarded Maj. Iduuli aggravated damages of Shs50 million which will attract an interest of 20 percent per annum from the date of judgment until payment is paid in full.

However the judge declined to offer compensation on transport and Housing allowances on grounds that Maj Iduuli had not provided to court with receipts of the money spent on travelling and had no tenancy agreement to prove how he had been sleeping and moving.

Maj. Iduuli dragged the Attorney General, the Chief of Personnel and Administration, and the Deputy Chief of Legal Services in the UPDF, to court challenging his forced retirement from the armed forces.

Maj. Iduuli says that he was unfairly retired from service on a misrepresentation that he had voluntarily applied for retirement whereas not, yet he had also not attained the mandatory retirement age. In his application to Court, Maj Iduuli demanded for pension, payment of untaken leave since 1998, unpaid housing allowances for the years spent in military service and unpaid transport allowances.

However in the sworn affidavit of the Chief of Personnel and Administration of the UPDF, Brig George Igumba had claimed that Maj Iduuli had disobeyed lawful orders when he refused to attend the Junior Staff Course and instead opted to retire voluntarily from the army.

“Maj Iduuli was not directed to vacate the office of the defence counsel at the GCM but another lawyer was appointed by the Chief of Defense Forces to beef up manpower and enhance efficiency in the said office,” Brig Igumba said.

Hiroshima atomic bomb: The US nuclear attack that uncovered the dark side of mankind