KAMPALA- Live bullets and teargas Tuesday afternoon rocked different areas as police dispersed people protesting what they called fake voters registers, punctuated with ghost voters during the local council elections in several parts of the country including the city centre.

Police called in the Uganda People’s Defence Forces (UPDF) personnel to quell riots in Kinawataka, in Nakawa division as voters said the place for voting was too small to take them all.

Voting at Wandegeya mosque was canceled after misunderstandings between the current chairman, Mutesasira and his counterpart Kirabo.

It is alleged that Kirabo got scared of many people that lined up behind Mutesasira, which prompted him to call for a cancellation.

“Our security forces are not CLO’s [Community Liaison Officers], the moment you disorganize peace, we take you away, and that what we have done,” Mr Kayima confirmed.

In Kampala, there was a scuffle at Pioneer mall polling station in the city centre following allegations of “ghost” voters.

In Gomba District, Mr Badru Kabega, the Electoral Commission registrar in Kabulasoke Sub-county has disqualified Mr Livingstone Mbuubi, who was contesting as an independent candidate for Magongo Local Council chairmanship.

He consequently announced Mr Erisa Lule, who stood on the National Resistance Movement ticket as the unopposed village chairman.

Police was also called to disperse the angry residents.

More questions as DFCU bank is hit by shareholders unrest 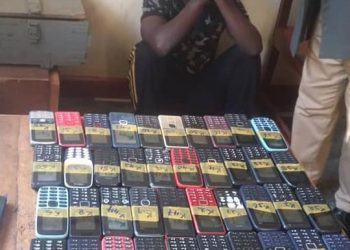