by NELSON MANDELA | PML Daily Reporter
in NEWS
161
VIEWS
FacebookWhatsAppTwitter
The Uganda Tourism Board Chief Executive Officer,  Mr Stephen Asiimwe has Saturday June 2nd revealed that the government is set to build a war museum to attract tourists in the country.

Ugandas  ex-President Idi Amin’s brutal eight-year rule and the 20-year Lord’s Resistance Army (LRA insurgency) are the main dark moments intended to be documented because of their past records according to Mr Asiimwe.

He said the museum will also showcase pre-colonial and colonial history because colonial records were systematically destroyed by Britain in a purge known as “operation legacy”.

Uganda hopes to attract tourists with a war museum showcasing some of the darkest moments from its history, he added.

“History gets richer, it’s like red wine — it gets more interesting as the years go by,” Mr Asiimwe said, adding: “I lived through the Idi Amin era as a young boy, my fellow students lost their parents to the regime, however you cannot run away from history, these are facts, he said. 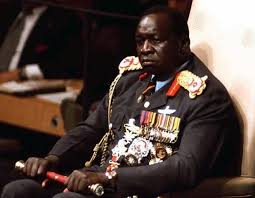 Joined the army – the King’s African Rifles – in his 20s

Seized power in 1971, less than 10 years after Uganda’s independence

Some 400,000 people are believed to have been killed under his rule

Expelled Uganda’s entire Asian population in 1972, accusing them of milking the economy

A convert to Islam, he took five wives, fathered dozens of children and insisted on being called “Big Daddy”

He declared himself King of Scotland, banned hippies and mini-skirts, and awarded himself the Victoria Cross

Ousted by Tanzanian troops and Ugandan exiles in 1979

Mr Asiimwe said that every destination had its own traditional culture and attractions. “In Uganda we have wildlife – mountain gorillas. But we are trying to retrace the past.”

Showcasing Uganda’s history would make the East African country a richer place for tourists to visit, he added.