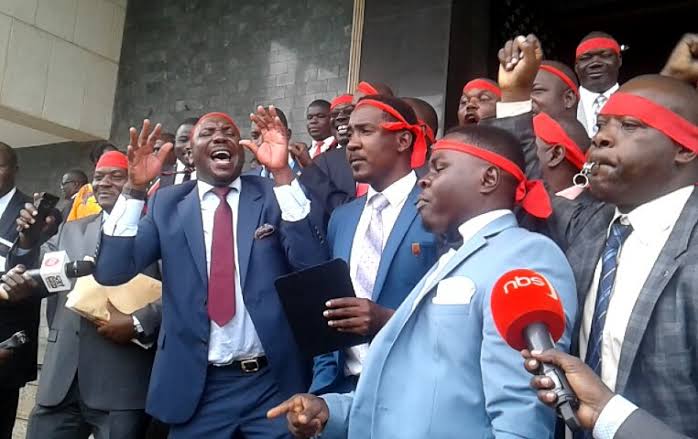 Parliament – The Speaker of Parliament Rebecca Kadaga has blamed Parliament’s poor performance on the lengthy time MPs took to scrutunise and consult voters on the Constitutional Amendment No.2 Bill 2017, now known as the Presidential ‘Age Limit’ Bill, which was later signed into law.

Ms Kadaga made the remarks while giving her communication ahead of the State of the Nation Address by President Yoweri Museveni at the Kampala Serena Conference Center.

While giving a report on the business that was carried out in the Second session of Parliament Ms Kadaga said Parliament posted a better performance in the 1st session as compared to the previous session.

The Speaker explained: “The prolonged consideration of Constitutional Amendment No.2Bill 2017 and requiring MPs to spend time out of Parliament to consult their constituents, interrupted the floor and management of work at Parliament because we lost a lot of time, so we didn’t perform as expected.”

She explained that whereas government had pledged to table 81 Bills, only 11 of them were passed into law with the highest number of Bills coming from the Minsitry of Finance.

Yet still, Committees in the Second Session produced 29 reports against 30 reports produced in the 1st session while the number of Ministerial Policy Statements considered remained 62.

It should be recalled that MPs were each given Shs29m to consult their voters over the controversial Bill, although some MPs opposed to the funds rejected it on grounds that it was illegal and returned the funds back to Parliament.