As unconfirmed reports indicate that fallen artiste Qute Kaye has been released by police in Nateete, fans have called upon the police to pardon him, saying they are ready to contribute to his revival.

Kaye was this morning reportedly arrested stealing car parts but reports indicate police in Nateete pardoned the singer saying he was under the influence of alcohol.

Kaye, who swept many, especially women,  for his looks and voice, reportedly survived lynching by a mob in Busega, a Kampala suburb on Thursday morning.

Pictures of what appears to be the artiste flooded social media Thursday morning,  showing Kaye holding an indicator pulled off a Toyota Harrier. 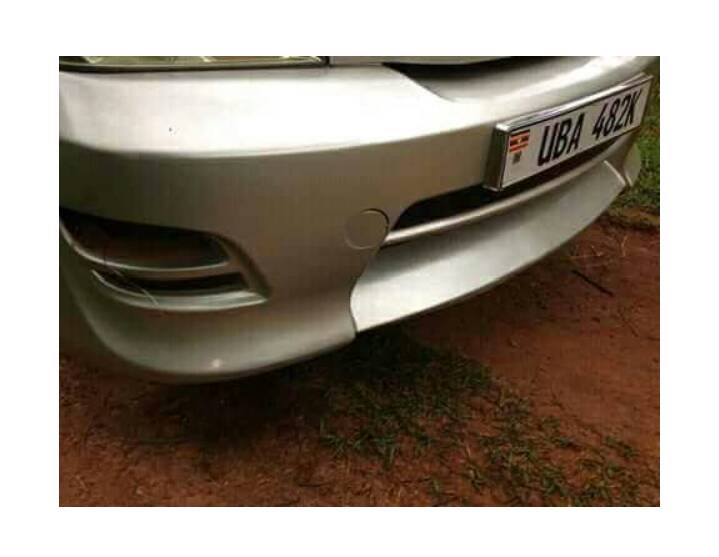 Even though pundits made an attempt to explain the debacle as a video shoot that the artiste was making for a new song,  a video later showed what appeared to be Kaye on handcuffs being whisked into a police station by an armed police officer.

The faded artist who was known for hit songs like Jinkese, last year gave his life to Christ at Rubaga Miracle Centre at the popular ongoing 77 DOGS (Days of Glory), a crusade that has been going on for two years now, led by Pastor Robert Kayanja.

During the crusade,  Kaye was given money and new clothes to help him get back on track.

Explaining the latest actions of the once-celebrated artiste,  Pastor Davis Kunihira, of A Radical Church (ARC) South London branch, said the Church should have continued to support the fallen singer.

“This is a common case of when men or women, who were earning money in an illicit industry, give their lives to Christ. Sadly, if the church structures are not in place and there is no true communion/fellowship (Koinonia) as is demonstrated in Acts 2:42-47. That’s what you get,” Pastor Kunihira says.

He adds: “So whenever people seek God for a life change. It’s important that we run along them, support and provide for them…. especially when the cameras have stopped running.”

Early this year musician and pastor Wilson Bugembe attacked Pastor Kayanja for bringing celebrities to his church and claiming they had given their lives to Christ.

Bugembe said then that the senior cleric should lead the artistes to full Salvation rather than putting up show.  He urged Pastor Kayanja to follow them up to see that their lives really changed for the better.

When PML Daily contacted Mr Luke Oweyesigire on Thursday morning  to confirm if Kaye was in custody,  the Kampala Metropolitan Police spokesperson asked for more time to confirm the arrest since police commanders were in a meeting.