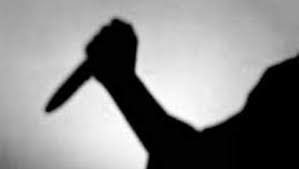 Shock and panic has gripped residents ofKakumiro district after unknown assailants waylaid two people, cut them to pieces and kidnapped the other.

According to the District Police Commander, Mr Hassan Katumba Mugerwa, the deceased identified as John Bosco Twinomujuni, 32, and Everest Semakuba, 58, were on their way from a burial in Mpeefu Sub County, Kagadi district, on Wednesday when the attack happened.

The deceased were riding on a motorcycle and had reached in Ibambara cell, about a kilometre from Kakumiro Town Council on the Kakumiro-Mubende road when they were attacked. They were slaughtered and intestines removed and then their bodies paraded in the middle of the road.

The attackers allegedly kidnapped the rider, who was identified as Mr William Mbabazi, 38, a primary school teacher at Kasambya Primary School in Madudu sub-county. The biker was also taken.

‘‘The information we have is that the deceased who are residents of Mubende were coming from attending a burial function in Kagadi. We have got the deceased’s’ relatives and the bodies are being kept at the mortuary pending postmortem,’’ Mr Katumba said.

The deceased are all residents of Bujuko Village in  Mubende district.

‘‘As police we are investigating the matter to ascertain who is behind this terrible incident,” Mr  Katumba said.

The attack come on the backdrop of increasing cases of kidnaps and robbery. Since last year, there have been over 10 widely publicized cases of people who have been kidnapped and even killed, while others are still missing.

In 2017, 24 kidnap cases were reported to police, 15 were rescued, while eight are still missing. In February, six people were kidnapped and still are missing. The highlight was this year’s kidnap and murder of Susan Magara even after her family paid hundreds of millions of shillings in ransom.

President Museveni has said the country is faced with the rising spate of kidnaps and other criminal cases because police is still using very rudimentary methods in investigations.

Speaking at the thanksgiving ceremony for Kampala Minister Beti Kamya on Sunday, the President said many perpetrators of crime are not complicated but rather the police method of investigations is poor.