President Museveni on Tuesday met a delegation of Cuban scientists who are in the country to develop a strategy of bringing the Gavac anti-tick vaccine.

The scientists will work their Ugandan counterparts led by Prof Anthony Mugisha to concretize the importation of Gavac vaccine into Uganda under emergency arrangements with a view to monitoring and evaluating its efficacy.

“President Museveni urged the scientists from Cuba and their Ugandan counterparts to expend their efforts in the fight against ticks in Uganda,” a State House statement read in part.

At the meeting, Prof Mugisha informed President Museveni that the programme implementation will begin with the hard hit districts in the country, targeting 500,000 cattle.

Available research statistics indicate that Uganda is one of the countries hardest hit by the tick borne diseases with more than 30 per cent of the livestock lost to tick borne diseases. Following the severity of drug resistant ticks in June last year, the government promised to vaccinate all the cattle to arrest the problem.

The resolution followed reports from laboratory tests in Kampala, where samples of ticks were taken and proved that ticks had developed resistance to drugs.

The Ministry of Health is in advanced stages of bringing the doctors, with the first batch of 40 specialists expected in the country anytime soon.

But the move has attracted criticism, with several groups saying the country’s problem is not shortage of doctors but poor pay.

Speaking at the Labour Day celebrations in Sembabule District on May 1, the President said he was prompted to bring the doctors because the local ones acted unprofessionally by going on strike last year.

“I wanted to bring Cuban doctors because our own doctors behaved very badly and unprofessionally. They tried to incite their fellow doctors to leave patients to die but they failed. When we were under that blackmail, I said I can’t take it, I’d rather bring in Cuban doctors to replace these doctors,” he said. 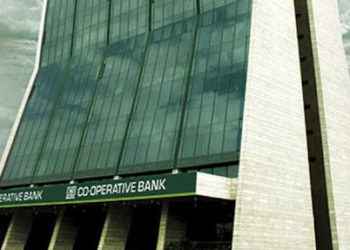