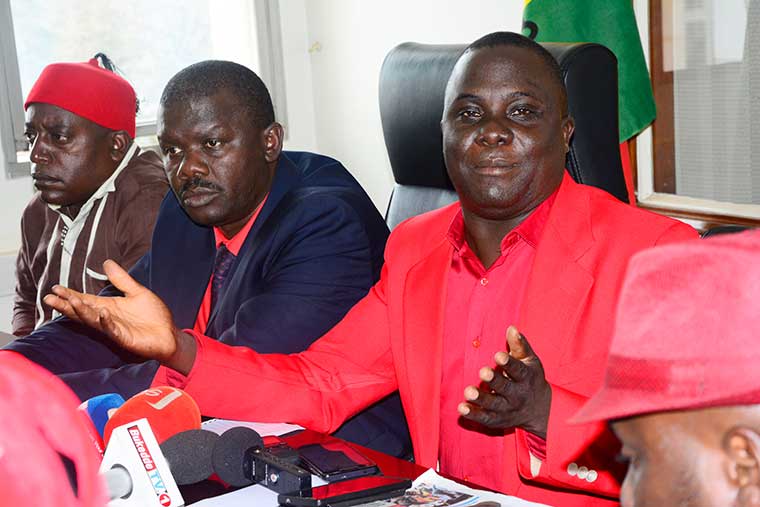 KAMPALA- A group of MPs have demanded for the establishment of a select committee to investigate allegations of slavery involving Ugandan girls mainly in Dubai, the largest and most populous city in the United Arab Emirates (UAE).

MPs are demanding government action after revelations that many girls taken to UAE are sexually abused and treated as ‘slaves’ in UAE.

Mr Muhammad Muwanga Kivumbi, Butambala MP, told Parliament that a select committee should be instituted to look into the living conditions of the children in UAE.

“During our recent trip to Abu Dhabi, we [MPs] found a labor recruitment centre, which is like a slave market and we learnt with shock how Ugandan girls were being sold like commodities,” said Mr Kivumbi.

“Most of these girls exit the country through Kenya and not Entebbe. Something needs to urgently be done about the porous borders. We cannot continue giving the ministry money and yet they have failed to deal with human trafficking,” added Mr Kivumbi.

He added that as a result of the harsh conditions, Ugandan girls have been forced to commit suicide.

He said that when they went to Jaira State, they found girls from different countries parked in small buildings where they were “being offered” to the highest bidder.

Mr Kivumbi’s submissions were prompted by a statement by the International Affairs Minister, Mr Henry Okello Oryem, dismissing claims of the existence of slave markets in UAE.

The minister had dismissed the allegations as “incorrect and a misinterpretation” of what is on the ground.

Mr Oryem said Uganda’s Mission in the UAE had checked and found no slave market in the country.

Mr Oryem told Parliament that the slavery allegations have prompted UAE to raise a diplomatic protest to Uganda, saying the accusations cast the country in bad light.

The speaker of parliament Ms Rebecca Kadaga wondered why there was no labour agreement between Uganda and UAE yet many Ugandans are working in UAE.

Ms Kadaga said it is in the interest of Uganda and the UAE to establish the truth and Mr Oryem promised to travel to the UAE 18 May.

However, the Mbale Municipality MP, Jack Wamanga Wamai asked Ms Kadaga to set up a select committee to visit UAE and establish facts about the ‘slave trade’ as opposed to sending Mr Oryem.