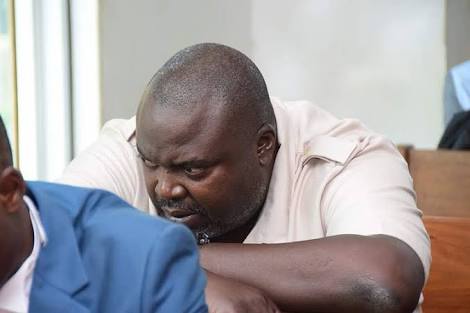 The former managing director of the National Social Security Fund David Chandi James is set to spend more time in prison after the Inspectorate of Government asked court to deny him bail arguing that he was already found guilty and so the presumption of innocence no longer applies.

Mr Rogers Kinobe from the IGG’s office on Monday argued that James’s case involved mismanaging public funds and thus affected the economy since people lose confidence in saving their money.

“Jamwa is no longer presumed innocent and he does not require bail and his application defeats the purpose of conviction and sentence, Kinobe told court, adding: “Since his conviction in 2010 and his bail in 2011, he has not yet served even five percent of his sentence.”
Mr Kinobe also told court that Jamwa’s health conditions of obesity and hypertension can be managed at the medical facility in Luzira.

Jamwa through his lawyers AF Mpanga, argued that there is a high possibility of substantial delay in hearing and determining his appeal that is now pending before the same court.

The Court of Appeal in January sent Jamwa back to prison to serve the 12-year jail term after upholding the High Court conviction and sentence earlier imposed on him in 2011 by the then Anti-Corruption court judge, John Bosco Katutsi.

Jamwa was convicted for causing the NSSF a financial loss of Shs3.1b when he prematurely sold its treasury bonds.
Jamwa was also convicted for abuse of office which he had been acquitted of by Justice Katutsi in 2011.

Jamwa has since appealed to the Supreme Court with hope of overturning the conviction.