“A task force for this work is in place.  The business and implementation plan has been prepared and approved by Cabinet, and the Uganda National Airline Company is registered,” he said.

Sources at the Works ministry told PML Daily that over $318 million is needed for the airline to get back in the skies. “Part of the money will be used to buy the old routes, the national airlines had,” a highly placed official at the ministry revealed. 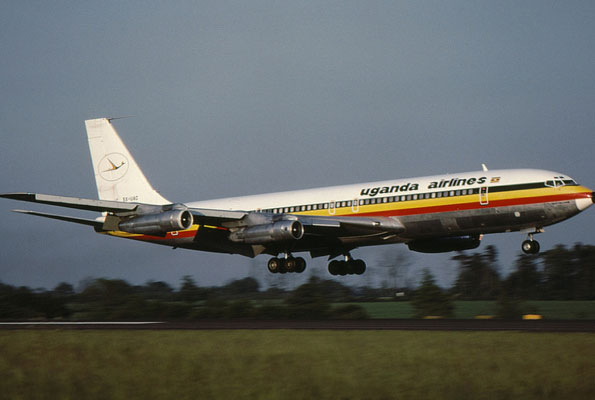 As President Museveni swore in for his term of office on May 12, 2016, he revealed plans to reset up a national airline.

According to the President, the airline company had to close business because it was making losses.

“We allowed Uganda Airlines to die because it was making losses and at that time Ugandans were not travelling as much as they are today,” the President said at Independence Day Celebrations held in Luuka District.

Cabinet months later approved a proposal to get the airline back in the skies.

The Cabinet also endorsed the idea of engaging a transactional adviser among other things to help it go through the process of evaluating the viability of the project and mode of operations.

Officials from works ministry said they are putting pressure on the Finance ministry to release more funds for the project in the next financial year.

In assessing its achievements since it was elected two years ago, the NRM Government on Friday said it has so far registered 38 percent success.

According to Dr Rugunda, the momentum of implementation is going to double over the remaining years.

“By the end of the next two years, we shall be at 80 percent,” Dr Rugunda revealed while launching the NRM Manifesto at Media Centre.

President Yoweri Museveni in  May 2016 sworn in,  after winning a highly contested February 2017 presidential elections.

The Prime Minister said in the directives, government initiated a number of reforms with regard to policies, laws and regulations.

“Among these proposals is the amendment of the Public Procurement and Disposal of Assets (PPDALaw). Another proposal is on free connections to the national grid,” a jovial Rugunda noted.

On peace and the security, the Prime Minister said they have remained the core ingredients upon which the various social economic activities are hinged.

However,  Rugunda quickly accepted that currently there are some many isolated cases of criminality. “But these criminalities are being dealt with by the responsible agencies of the State. Ugandans should rest assured that their security and safety remains the top priority of the NRM government,” he noted.

Asked to explain what steps his government is taking to contain the insecurity in the country, Rugunda said the President and the security agencies are tirelessly fighting crime.

“Many of the suspects have been arrested and taken to court. Government is investigating cases like the murdering of innocent young girl Susan Magara and Entebbe incidents,” Rugunda said.

Dr Rugunda also revealed that government signed a construction agreement worth $4billion under the joint venture with an international consortium, General Electric and the National Oil Company.

The capacity of the refinery, Rugunda said will be over 50,000 barrels per day.

“This is a significant step in achieving our target of getting the first oil by 2020. The revenues from oil will provide much needed stabilization of the economy and to build other forms of critical infrastructure,” he stated.

There is also progress made on preparations to work on the oil pipeline.

Uganda and Tanzania agreed to construct the oil pipeline from Hoima to Tanzanian Seaport of Tanga. 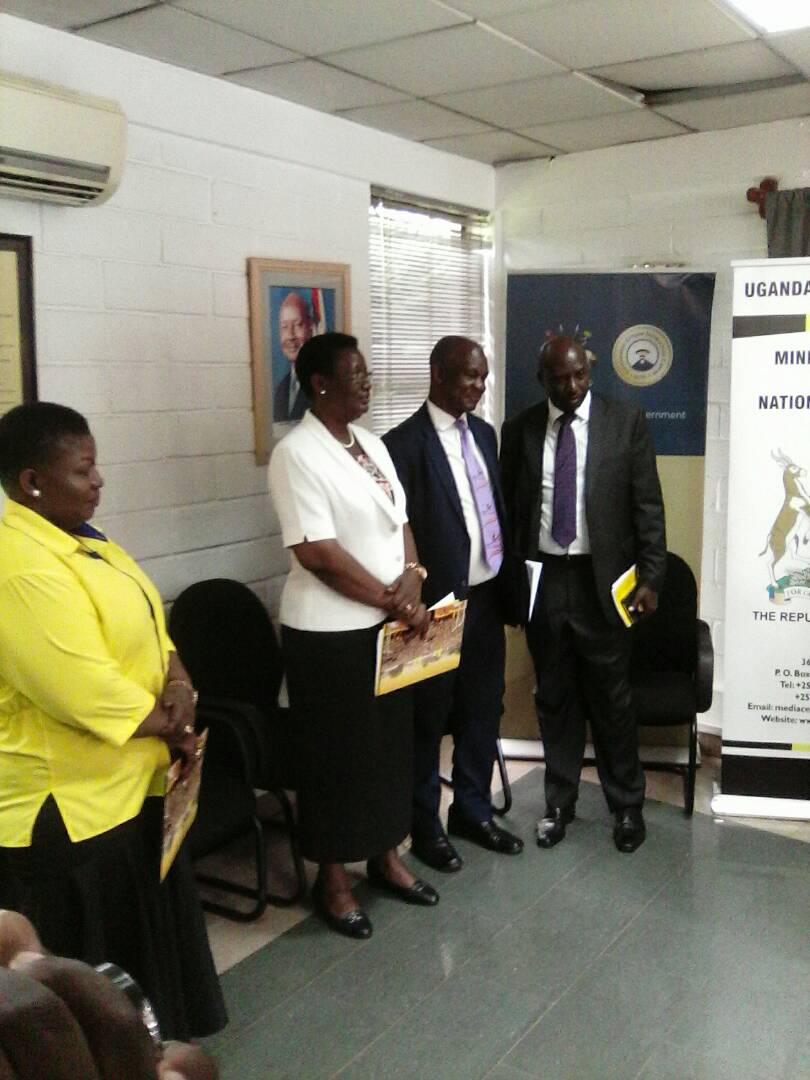 On side of NRM party, Kasule bragged of having defeated the opposition parties in the recent general elections, dominating all the elective positions.

At Parliamentary level, Kasule said her party won with over 70 percent and the independent MPs who are second in number, majority associate with NRM party.

“We are also doing well in the by-elections. Out 35 by-elections, we have so far won 27 and the opposition only two. But we are also challenging the Jinja by-election,” she said.

Kasule commended the party leaders especially those at village levels for their voluntary work.

During the manifesto week, Kasule said it will help them to give accountability to the public.

The party, Kasule explained that it has made mechanism to engage with technocrats on different issues.

On her part, Mbayo said unveiled the programme for manifesto week, saying each ministry will appear at the Media House, to give an account to the country  about what’s happening in their dockets .