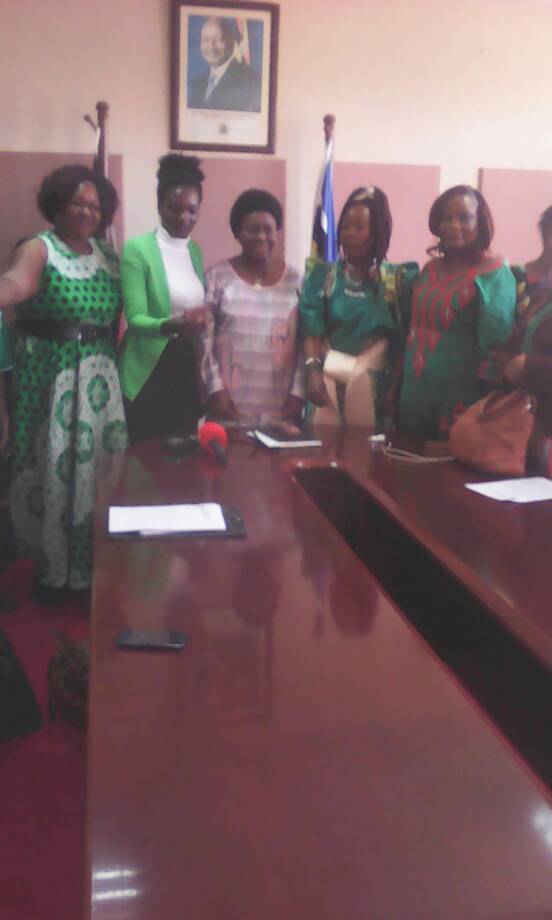 The Democratic Party Women’s leagues have tasked police to produce a report on the continuous murders of women and girls that have instilled fear in the population.

This was contained in their petition presented by Florence Namayanja Bukoto East MP who led the delegation to meet the Speaker of Parliament Hon. Rebecca Kadaga on Monday May 28, at Parliament.

MS Namayanja, who is also the DP Women’s League chairperson said whereas Article 22 (1) of the Constitution of Uganda provides for the protection of the right to life and Article 20 (2) mandates all organs and agencies of government and all persons to respect, uphold and promote human rights; over the years there has been some level of insecurity of person for women and girls in Uganda.

“Over the last three years, albeit the failure by the Uganda Police Force to release its annual crime reports, there has been a systematic decline of security of person for women and girls in particular,” read the petition.

In a smiliar development, President Museveni this week summoned the Inspector General of Police, Martin Okoth Ochola to explain the recent spike in cases of kidnaps across the country.

The President wanted to know if the kidnaps are organized or spontaneous and whether or not the Police are arresting the culprits.

The petition added that since 2017 to date over 30 women and girls have lost their lives in gruesome killings which to date remain unresolved. In addition, according to the Uganda Police, in 2017, 22 people were kidnapped countrywide and eight of them are yet to be found.

According to the Flying Squad records, between 2015 and 2018 a total of 48 people of different age and genders were reported kidnapped. Out of these 26 were found alive while eight were found dead. In 2018, 16 cases of kidnap had been reported by March 2018 with a few victims later re-united with their families without any known government in intervention to address the trauma they have faced while in captivity.

The statement further added that DP women’s league demands the following: Uganda police releases a status report to the public on the current status of investigations (without divulging details on evidence that may jeopardize the cases) of the kidnappings and murders of women and girls in Uganda; Uganda police should release its annual crime report for the last 3 years to enable various stakeholders including Parliament to take necessary actions to address recommendations in the report, they should also advertise through media and any interfaces with the public hotlines which the public can use to report these cases and increases public information and education on what can do to avert the situation if they can; families that have lost their dears ones be provided with counseling and regular status reports on the cases of their loved ones; they should also intensify its investigations and review the current laws on kidnappings to introduce tougher penalties for perpetrators.

The women’s league commends the media and other stakeholders for covering horrendous stories and urges them to continue with the same vigilance, which has saved some of the victim’s lives.

Namayanja appealed to the Speaker to champion the cause for a national prayer to pray for the lost souls and their families so that they feel comforted.

Kalungu west MP Joseph Sewungu accused the government for being selective in giving support and yet its mandated to provide for everyone Ugandan who is affected by a tragedy, when late Nakafeero’s body was got, it was the MPs and DP women’s league that came on board where is government in all this? Adding that Uganda Communications Commission headed by Mr Mutabazi gave a directive that everybody should re-register their Sim cards which we did but till now, he has never give us accountability of how he has used them.

“After switching off phones, why are we still seeing more murders of women and girls as parliament, we want an audit from him. The kidnappers are using phones to kill people and this is becoming too much,” Sewungu added. The women say that they are waiting to hear from police on how they plan to stop the gruesome killings but if they don’t, DP women will not keep quiet as more women and girls die but continue to look for other measures until they do something about it.