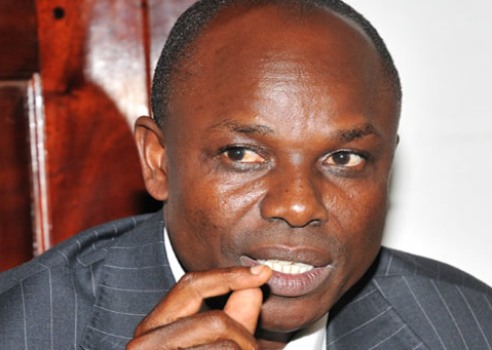 KAMPALA – Four judges of the Constitutional Court on Wednesday ordered the government to compensate businessman Hassan Basajjabalaba for malicious arrest by the police in 2013 following the fall out from the  Shs 142b compensation for him from government after he was stripped of contracts for several city markets.

In a precedent ruling delivered by Justice Kenneth Kakuru on behalf of the the panel, Justices Remmy Kasule, Solomy Balungi Bbosa, Rubby Opio-Aweri and Eldard Mwangushya delivered the majority judgment giving Mr Bassajabalaba 50 percent of the costs of the application and ordering for his compensation after he was arrested by the police in 2013 and arraigned before the Anti-Corruption for trial in relation with the Shs 142 billion compensation, an act the court judged contravened the constitution because he was already facing similar charges in another court.

“We therefore, order that the petitioners  should be paid compensation for the violation of their rights and refer the file to the High Court to determine the amount due in accordance with Article 135 (5) of the Constitution,” the judges ordered.

The judgement was delivered without the signature or dissenting judgment from retired deputy Chief Justice Steven Kavuma, because the former DJC who was a member of the panel had failed to sign the majority judgment nor give his views, months after he retired.

“This is a a first in this court. The Chief Justice directed that this petition be disposed off as a majority ruling,” Justice Kakuru explained at the end of delivering the written judgement.

The judges however declined to grant Mr Basajjabalaba’s request to cancel his trial at the Anti-Corruption court. His lawyers led by John Mary Mugisha and Caleb Alaka indicated that they would appeal to the Supreme Court over this aspect of the ruling because the panel judgment was strange.

“We shall go to the Supreme Court to challenge this,” Mr Caleb Alaka told journalists.

In 2013 the same Constitutional Court issued an injunction halting his criminal trial in the Anti-Corruption Court until his petition challenging his indictment had been disposed of.

The Court its ruling today faulted the Director of Public Prosecutions for continuing to prosecute Mr Basajjabalaba in then Criminal Case No. 0003 of 2013 of the Anti-Corruption Division of the High Court when he had already been charged of the same offences in the Chief Magistrate’s Court of Buganda Road in Misc Application No. 22 of 2013.

Mr Basajjabalaba had been charged with his brother Muzamiru Basajjabalaba, the director of Haba Group on offences of uttering a false document, forgery of a judicial document and conspiracy to defeat tax laws.

The prosecution had alleged that Mr Basajjabalaba and his young brother between 2010 and 2011 conspired to prevent or defeat the execution or enforcement of tax laws.

The compensation to Haba Group arose after several of the company’s contracts for market were cancelled by government following protests by market vendors.