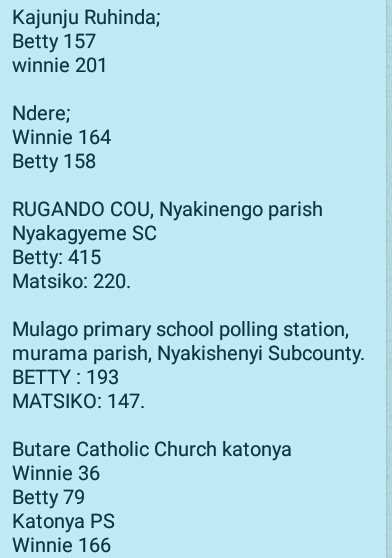 Tallying continues as results from the various polling stations across Rukungiri are being received with an anticipation to reveal the winner of the by election. 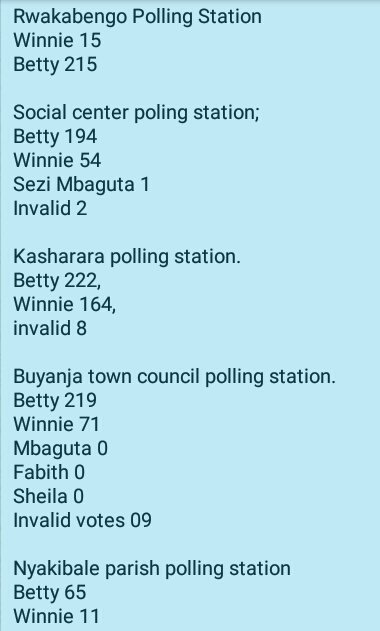 Details to follow as more provisional results come in